An new tool of oppression is introduced 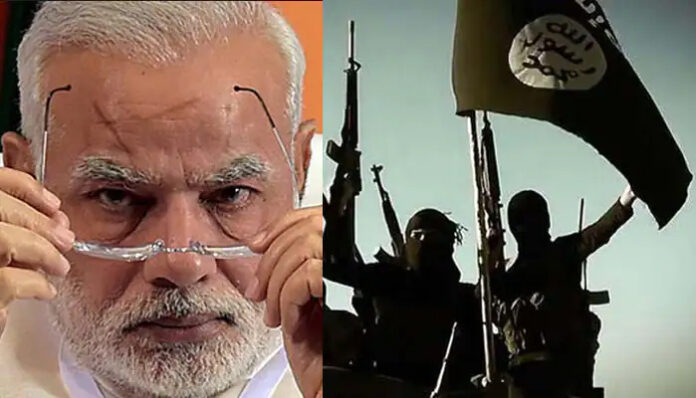 India’s home ministry ordered on March 2 the revival of a largely Hindu militia, village Defence Committees (VDCs), rechristened as Village Defence Groups (VDGs). The VDCs are a relic of the 1990s when “militancy” had ostensibly reached a pinnacle. The VDCs were initially a group of volunteers trained and armed by the Indian army mostly with outdated weapons (.303s). When protests mounted the government began to pay them Rs. 1500 a month. However, the VDCs claim that they have not been paid for the past four years. The Daily Excelsior of March 4 reported “the mode and the manner of paying monthly remuneration to the members on these VDCs was not only faulty but erratic, irregular and even on arbitrary basis. ‘It all resulted in and created space for gradual disbanding of dozens of VDCs and therefore, removal of hundreds of its volunteers in Doda, Udhampur, Kathua, Rajouri etc but s members till nearly 28000 volunteers of these VDCs continued with the ‘mission’.”.

The government has decided that the VDG will now be regularly paid Rs. 4000-4,500 a month depending upon the “vulnerability” of the area they serve in. There were widespread complaints of nepotism in recruitment of volunteers as young as nine-years old. Viral videos showed that the recruited kids abandoned books to carry guns.

The Jammu Division overall has a Hindu majority population of 66 percent, 30 percent are Muslim and most of the remainder are Sikhs. The man in the street has the impression that the BJP wants to further tighten its reign of terror in the occupied Kashmir. The VDCs/VDGs enjoy police protection. As such, their atrocities remain unreported in the FIRs or media.

Though theVDCs were police protégés, even the police happened to be disgusted at their lawlessness.

They charged the state-backed civil militia of gross human rights abuses, including rape and murder.

The prominent Kashmir-based regional parties criticized the move, saying it belies the claims that normalcy has returned to Jammu and Kashmir”. They alleged “extra-constitutional armed entities” will enable a “new regime of abuses” while widening the gulf between Hindus and Muslims.

In the past, on an average, volunteers in one village were given five (.303) rifles with 100 rounds each, through the District Superintendents of Police. The volunteers and number of such weapons. The 2022 policy envisages equipping the VDGs with modern weapons. India has never disclosed the cumulative strength of its forces in the occupied Kashmir. Estimates vary from 600,000 to one million. What’s the need for the civil militia in such a heavily militarised occupied state?

National Conference member of parliament and former J&K high court judge Hasnain Masoodi said, “The revival of the militia is an admission that things are not normal (in J&K) as they are being projected (by the BJP-led Union government)”. He added, “These actors are beyond the purview of law. By falling back on an extra constitutional body which is not in the legal framework, the government is conveying that the police and other security forces are not doing their job properly.”

Veteran Communist party leader M.Y. Tarigami said the announcement exposes the hollowness of the government’s claim about elections in the state now turned into a Union territory.  Trigami alleged,”‘These groups are involved in gross violations of human rights. Other than putting pressure on ordinary people, I don’t see any reason for reviving them.” The rumour afloat in the Valley is that the Modi government wants to impose a Hindu chief minister on the occupied state.

Former J&K chief minister and People’s Democratic Party president Mehbooba Mufti tweeted: “MHAs move to form Village Defence Committees across J&K is another addition to a slew of decisions that contradict GOIs much touted normalcy claims. Clearly J&K is far from any semblance of normalcy. It will also create a wedge between communities.”

In the past the VDCs used their arms to settle personal scores with the Muslim population of Jammu in the name of fighting militancy, resulting in gross human rights abuses. Their abuses have been documented by various rights advocacy groups, including the J&K Coalition of Civil Society, a prominent Srinagar-based advocacy group.

According to official data, 221 criminal cases have been filed against VDG members in Jammu, including 23 cases of murder and seven cases of rape, 15 cases of rioting, three anti-drug cases and 169 other cases, out of which charges have been filed in 205 cases.

In the past, on an average, volunteers in one village were given five (.303) rifles with 100 rounds each, through the District Superintendents of Police. The volunteers and number of such weapons. The 2022 policy envisages equipping the VDGs with modern weapons. India has never disclosed the cumulative strength of its forces in the occupied Kashmir. Estimates vary from 600,000 to one million. What’s the need for the civil militia in such a heavily militarised occupied state?

‘Mankind! We created you from a single (pair) of male and female, and made you into nations and tribes that you may know each...
Read more
Comment

China’s claim on Taiwan carries a certain wisdom. Colonialism by Western powers has wreaked havoc across Asia, Africa and the Arabian peninsula. Taiwan would...
Read more