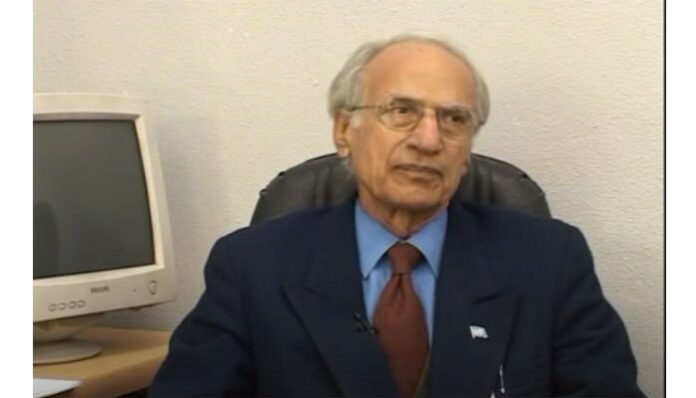 Renowned academic and journalist Dr Mehdi Hasan passed away at the age of 85 after protracted illness in Lahore on Wednesday.

He is survived by his wife Rakhshanda Hasan, and two sons.

He was awarded Sitara-i-Imtiaz by the president of Pakistan in 2012 for his services in journalism.

As a journalist, he served at the Pakistan Press International as a sub-editor and a reporter between 1961-67. He remained an elected office-bearer of the Pakistan Federal Union of Journalists (PFUJ) during this period.

National and international mass media outlets, including Voice of America, BBC News and Deutsche Welle, regularly sought his opinion on political developments in Pakistan. He contributed articles to all major newspapers of Pakistan.

Dr Hasan was among the few media historians of Pakistan and made regular appearances as a commentator and panelist on television and radio programmes.

His teaching career spanned 50 years, during which he also served as the dean of journalism and mass communication at Beaconhouse National University.

In his condolence message, the CM extended sympathies to the bereaved family and paid tributes to the educational and journalistic contributions of Hasan.

He said Hasan had rendered invaluable services in journalism and education sectors, adding that his services would be remembered for a long time.