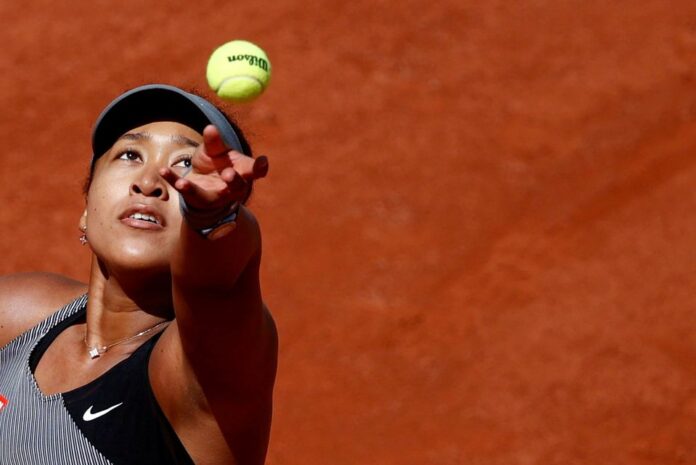 MELBOURNE: Naomi Osaka declared Saturday she was fully fit and ready to defend her Australian Open title, a week after pulling out of a warm-up event because her “body got a shock” from playing for the first time in four months.

The first tennis Grand Slam of the year begins on Monday with Japan’s Osaka back at the scene of her 2019 and 2021 Melbourne Park triumphs after a long break and disrupted year during which she said she had suffered from depression.

But the 24-year-old four-time Grand Slam champion looked in good touch as she won three matches before withdrawing from the Melbourne Summer Set tournament with a stomach niggle last week.

On Saturday she said that she felt “positive” again.

“I heal quite fast. I’m as good as I can be in this current moment,” she told reporters at Melbourne Park. “But athletes, we have niggles all the time. It’s kind of impossible to play a Slam without feeling something.”

Osaka, who will open her campaign against Colombia’s world number 53 Camila Osorio on Monday, endured an unhappy 2021 after winning her second Australian Open in February.

She pulled out of last year’s French Open after being fined $15,000 and threatened with disqualification after refusing to attend a news conference, withdrew from Wimbledon and ended her season after a shock third-round exit at the US Open.

“I would say that playing in the Australian Open means a lot to me. Of course, it’s not the first Slam that I won, but I feel like starting the year off here really kind of builds momentum throughout the year,” said Osaka.

“There’s like a different feeling I get when I come to Australia. Everyone is really warm and welcoming. I just remember all the tough battles that I’ve had here. It’s definitely a very positive feeling.”

Osaka tumbled out of the top 10 last year and is seeded 13 in Melbourne, with the draw throwing up a potential blockbuster last-16 clash with world number one, Australia’s Ashleigh Barty.

But Osaka said she didn’t want to think about that yet.

“I’m the type of person that I don’t look at the draw. I only look at the person I’m going to play,” she said.

“I was literally out somewhere yesterday and someone told me about Barty. Don’t tell me about anything. I’m just trying to get past the first round.”

Osaka conceded, though, that she was a fan of the Wimbledon champion, who will be targeting a maiden home Grand Slam triumph.

“I think she’s the ideal number one. She’s so consistent,” she said of Barty. “I think she’s really amazing, she’s always so positive. Her and her coach, they’re always really nice to everyone that I can see.