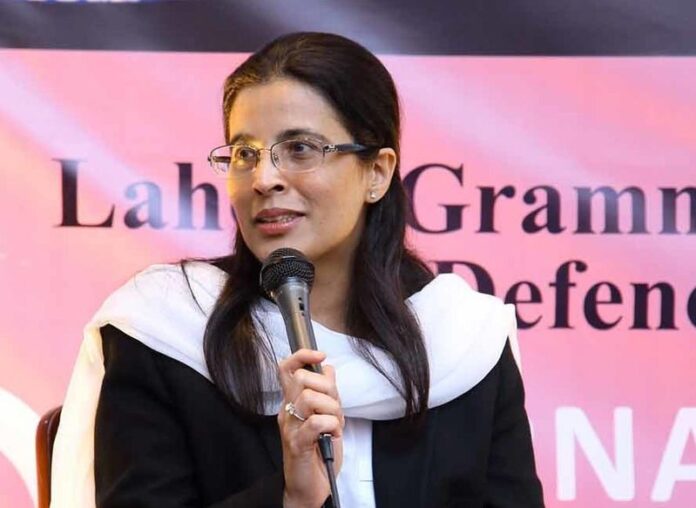 The Judicial Commission of Pakistan (JCP) on Thursday recommended the appointment of Lahore High Court (LHC) judge Justice Ayesha A. Malik as a judge of the Supreme Court of Pakistan.

During the meeting, the CJP’s recommendation for appointment of Justice Ayesha A. Malik as a judge of the Supreme Court of Pakistan was dispatched to the parliamentary committee.

This is the second time that the JCP held a meeting to decide on Justice Malik’s elevation. A lack of consensus during an extended meeting of the JCP on September 9 last year had forced the commission to reject her elevation.

During that meeting, four members of the eight-member JCP had opposed the proposal to elevate Justice Malik while an equal number had supported it.

Justice Ayesha A. Malik was born in 1966 and received her early education in Paris, New York and Karachi.

She did her B.Com from Karachi and obtained her LLB degree from Lahore before completing her LLM from Harvard Law School, USA. The 55-year-old sworn in as a judge of Lahore High Court on March 27, 2012.

It is pertinent to mention here that Justice Ayesha A. Malik will replace Justice Mushir Alam, who had retired on August 17 last year, and remain the judge of the Supreme Court of Pakistan till March 2031. She is fourth on the seniority list in the Lahore High Court.

Parliamentary Secretary for Law and Justice Maleeka Bokhari called the development an important and defining moment in the country’s history.

“Congratulations to Pakistan and Hon’ble Justice Ayesha Malik. An Important and defining moment in our country as a brilliant lawyer and decorated judge has become Pakistan’s first female SC judge,” she wrote in a tweet.

With additional input from news desk