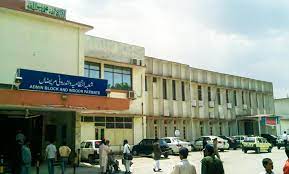 Three major teaching hospitals in Rawalpindi, the Benazir Bhutto General Hospital, the Holy Family Hospital and District Headquarters Hospital Rawalpindi faced budget and staff constraints as the incumbent government failed to increase the budget allocations in the year 2021 as well.

It is pertinent to note that these health facilities faced multiple issues including the heavy patient load, dearth of medicine, long dates for operations, unavailability of beds and overburden on doctors. The Holy Family Hospital, the oldest health facility in the city, has 900 beds. The Benazir Bhutto General Hospital has 750 beds while the District Headquarters Hospital has 400 beds.

In the last three years, the Pakistan Tehreek-e-Insaf government has failed to increase the budget for the expansion of infrastructure, increasing the number of doctors, nurses and paramedical staff even though thousands of patients from the twin cities, Azad Jammu and Kashmir, Gilgit-Baltistan and Khyber-Pakhtunkhwa visit these hospitals annually.

The incumbent government has completed work on the up-gradation of the gynecology department at Holy Family Hospital at a cost of Rs 250 million while a neonatal ward has been set up at the Benazir Bhutto General Hospital.

According to the sources, the three overburdened hospitals were currently failing to cater to the needs of the patients. Rawalpindi Medical University ViceChancellor Dr Muhammad Omar said that besides the Rawalpindi division, people from other parts of the country also visit the city hospitals for treatment.