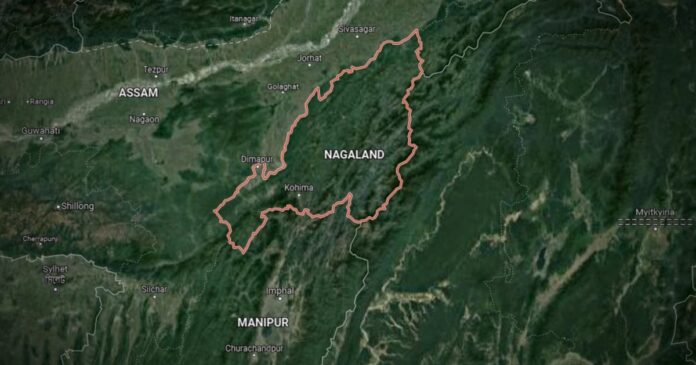 NEW DELHI: Indian security forces killed 13 civilians in the northeastern state of Nagaland after firing on a truck and later shooting at a crowd that gathered to protest the attack, police said Sunday.

Troops shot dead six labourers returning to their homes on Saturday afternoon in Mon district, near the Myanmar border, after setting up an ambush for insurgents they believed were operating in the area.

Family members and villagers later went looking for the missing men and confronted the troops after finding the bodies.

Tamgadge said the situation in the district was “very tense right now”, with nine other civilians wounded in the second incident now being treated in local hospitals.

The Indian army said in a statement one of its soldiers had died during the confrontation, with an unspecified number of troops wounded.

It added soldiers were acting on “credible intelligence” that insurgents were operating in the area and had laid an ambush to intercept them.

“The cause of the unfortunate loss of lives is being investigated at the highest level and appropriate action will be taken as per the course of law,” the statement said.

Nagaland Chief Minister Neiphiu Rio appealed for calm and announced an investigation into the event.

“The unfortunate incident leading to the killing of civilians at Oting, Mon is highly condemnable,” he said on Twitter. “Appeal for peace from all sections.”

Mon district is about 220 miles (350 kilometres) from Nagaland’s capital Kohima, and is more than a day’s drive only along poorly maintained roads.

Senior state, police and army officials had reached the district to investigate, a senior state government official, who asked not to be named, told AFP.

India’s Home Minister Amit Shah expressed his regret over the incident and said the state probe would “ensure justice to the bereaved families”.

Nagaland and other states in northeast India, linked to the rest of the country by a narrow land corridor, has seen decades of unrest among ethnic and separatist groups.

The region is home to dozens of tribal groups and guerrilla armies whose demands range from greater autonomy to secession from India.

Over the years insurgency has waned, with many groups striking deals with New Delhi for more powers, but a large Indian garrison remains stationed in the region.