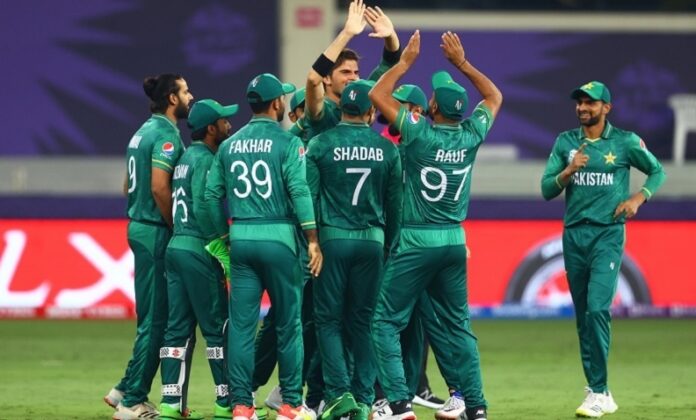 Australia are looking to their top-order batting led by the explosive David Warner as well as Adam Zampa’s bag of leg-spin tricks to get past a red-hot Pakistan in Thursday’s second semi-final of the Twenty20 World Cup.

The Aussies made their first semi-final of the tournament since 2012 with four wins and a better run-rate than South Africa.

But they are up against an unbeaten Pakistan who stormed into the final four with five wins in the Super 12 stage including their first ever in the tournament against rivals India.

Australia have won five 50-over World Cup crowns, including three in a row, but still await a T20 world title in six attempts.

The left-handed Warner has led the charge with 89 not out in Australia’s win over West Indies and a quickfire 65 against Sri Lanka, an innings that silenced his critics.

He now has 187 runs for the tournament.

“I was never worried one bit about Dave’s form. He’s one of the all-time great batsmen of our era,” said captain Aaron Finch of his opening partner who came into the World Cup on the back of being dropped from his IPL team.

All-rounder Glenn Maxwell said the Australian batsmen will not hold back and go for the runs to unsettle the Pakistan attack led by left-arm quick Shaheen Shah Afridi.

“I’ve seen teams go the other way and try and hold wickets back to make sure they get to go at the back end,” said Maxwell.

“But for us it’s probably that playing with freedom at the start and really trying to make the most of the powerplay and put the opposition on the back foot.”

Zampa is the tournament’s joint second-highest wicket-taker with 11 victims but the 29-year-old has gone about his business under the radar.

“I don’t think that anyone has underrated him,” insisted Finch of Zampa who claimed a tournament-best return of 5-19 against Bangladesh in Dubai.

“He’s someone who loves the competitiveness, loves the fight.”

Inside the Pakistan camp is Matthew Hayden, the former Australia opener who is the team’s batting coach.

Hayden sees the partnership between skipper Babar Azam, the leading run maker at the World Cup ahead of the semi-finals with 264, and Mohammad Rizwan as key.

“They are very independent players with their own styles but that blend and mix make for the perfect combination. They are unique,” explained Hayden.

Babar and Rizwan hit the ground running at the World Cup with an unbroken 152-run stand as Pakistan trounced India in Dubai by 10 wickets — their first win over their arch-rivals in 13 World Cup matches.

“We will try to continue with the kind of consistency that we have shown in the tournament so far and hope to play good cricket in the semi-finals,” said Babar who has four half-centuries in five innings.

On facing Australia, Babar said: “You can’t take any team lightly in T20 cricket. You have to play good cricket on that day.”

Pakistan have got a finisher in Asif Ali who hit four sixes off Afghanistan bowler Karim Janat to get his team the required 25 runs in the penultimate over of their Super 12 clash.

Veteran batsmen Shoaib Malik, who hit an 18-ball 54 in his side’s last pool win over Scotland, and Mohammad Hafeez add experience to the batting order.

And with Afridi in threatening form with the new ball, the 2009 champions seem to have their bases covered.

But former Pakistan speedster Shoaib Akhtar warned the side of complacency in their knockout contest.

“Forget the Super 12 now, just use the momentum but go into semis with a renewed focus,” Akhtar wrote on Twitter.