Leaders can ‘make or break hope’ for climate salvation 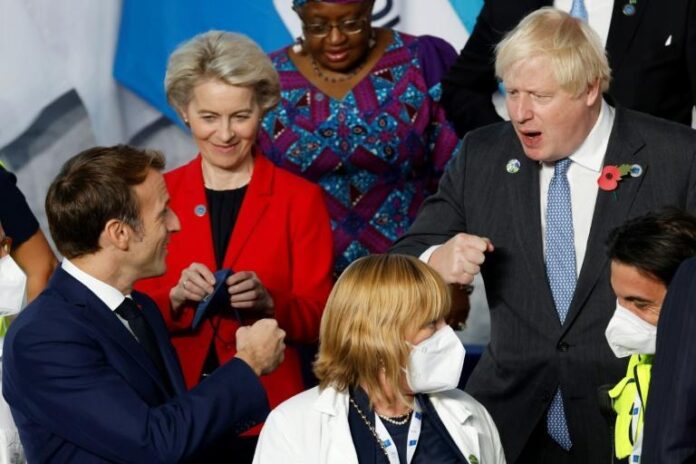 GLASGOW: Across 25 UN climate conferences since 1995, only twice have more than 110 world leaders joined the fray to confront the spectre of global warming. As they do so again today in Glasgow, an unspoken question looms: Copenhagen or Paris?

Will COP26, in other words, more closely resemble the Danish diplomatic debacle of 2009, or the triumph that six years later led to the first climate treaty in which all nations vowed to shrink their carbon footprint and collectively cap Earth’s rising temperature?

Either way, few would doubt that the hope of keeping the planet livable for future generations rests squarely in their hands.

Something else is certain, according to a mountain of scientific evidence: the world has dithered for so long that half-measures will not do.

Only transformative action — slashing global emissions in half by 2030, and to net-zero by mid-century — will stave off impacts far more cataclysmic that the deadly heatwaves, floods, droughts and wildfires already ravaging communities across the globe.

“It’s one minute to midnight and we need to act now,” British Prime Minister Boris Johnson was expected to say early Monday.

“If we don’t get serious about climate change today, it will be too late for our children to do so tomorrow.”

In a stark reminder of what is at stake, the World Meteorological Organisation (WMO) said Sunday the years 2015 to 2021 were the seven hottest on record, if trends for 2021 hold firm.

Adding to the pressure are gathering global protests, led in part by Swedish activist Greta Thunberg, who was mobbed on Saturday by a scrum of media photographers as she arrived by train.

And yet, the signals on what to expect from COP26 remain decidedly mixed, starting with who’s coming to the two-day summit and who’s not.

President Xi Jinping of China, the world’s largest emitter, has not left his country during the pandemic and there is no indication he will attend.

Vladimir Putin of Russia, another major polluter, will also be a no-show.

It was hoped that a G20 summit of major economies ending Sunday in Rome would boost momentum at the 13-day talks.

“The G20 should have provided the lightning bolt that the COP26 climate talks so desperately need, but they responded with vague promises and platitudes,” said Oxfam senior advisory Jorn Kalinksi, reflecting widespread disappointment.

Even UN Secretary General Antonio Guterres was not impressed: “While I welcome the G20’s recommitment to global solutions, I leave Rome with my hopes unfulfilled,” he tweeted on Sunday.

COP26 President and British minister Alok Sharma said that G20 nations — including China, the US, India, the EU and Russia — “can make or indeed break the hope of keeping 1.5 degrees Celsius within reach.”

The cornerstone goal of the Paris Agreement is limiting global warming at “well below 2C” compared to preindustrial levels.

But as devastating impacts and new science have accumulated, the treaty’s aspirational cap of 1.5C has become the de facto target.

An August bombshell report from the UN’s climate science body warned that Earth’s average temperature will hit that threshold around 2030 — a decade earlier than projected only three years ago.

In a joint communique, G20 nations endorsed the collective goal of limiting warming to 1.5C, but a tally of newly revised carbon-cutting pledges would still lead to “catastrophic” warming of 2.7C, according to a UN report last week.

Only India has yet to submit a revised “nationally determined contribution,” and hopeful rumours suggest Modi may announce new efforts on Monday to curb carbon emissions.

“If he feels confident enough that there’s going to be financing and technology assistance from Europe, the US, Japan and others, he might signal that India is willing to update its NDC,” said Alden Meyer, a senior associate at climate and energy think tank E3G.

But the failure of rich countries to cough up $100 billion a year starting in 2020 to help developing nations lower emissions and adapt — a pledge first made in 2009 — had undermined the confidence of the Global South and will complicate the already fraught talks, expert say.