Poverty can only be eliminated by political reform 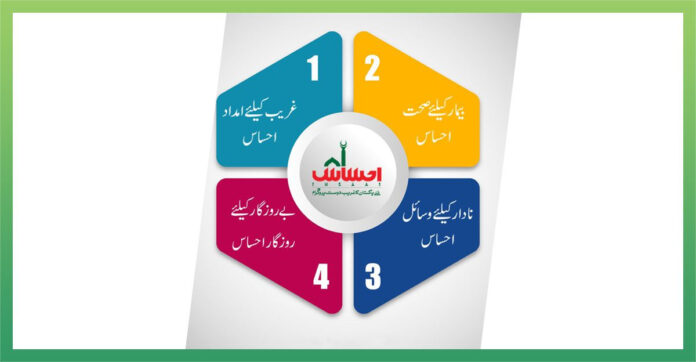 Ehsaas Poverty Alleviation Program was created in March 2019 as an umbrella programme for the current Benazir Income Support Program (BISP), Bait ul Maal, and numerous other similar programmeCs to alleviate the suffering of the severely poor by direct action.

Its prime objective was to alleviate the economic miseries of Pakistan’s most vulnerable, which is around 3 to 5 percent or 8 million individuals, and includes economically impoverished men and women, handicapped persons, and marginalized elements.

The real question is whether the Ehsaas Program0e significantly helps the disadvantaged.

Senator Sania Nishtar, the head of the Ehsaas programme, embarked on this new role after overseeing BISP and brought with her extensive expertise in disbursing financial handouts to the most vulnerable.

Years of dealing with phoney claims, inaccurate national poverty ledgers, and unscrupulous bureaucrats had prepared her for the task of cleaning up poverty data this time.

She rolled out an IT-enabled hybrid system that crossmatched online queries by applicants with their spending histories on the FBR, SBP, commercial banks’ and NADRA databases. Over a million people were removed from the list of deserving persons.

Then came the April 2020 Corona shutdown, and Pakistan’s already disadvantaged segment began to feel the strain of reduced economic activity as Pakistan’s growth rate plummeted from 5.8 percent in 2018 to 0.5 percent in 2020 .

Although direct intervention is a good thing, Pakistan must undertake fundamental reforms in its political institutions to produce genuine leaders with the vision and aptitude to confront serious structural challenges and deliver outcomes that increase the wellbeing of the population— the primary goal of democracy

During this period, Dr Nishtar distributed a record Rs 160 billion to 13.2 million individuals, with an additional 7.5 million receiving Emergency Cash Disbursements, preventing “starvation” for the most disadvantaged groups.

The procedure is so clear that you may check your eligibility by just texting your CNIC number to 8171.

Dr Nishtar and the Ehsaas programme have received several worldwide accolades for their timely effort.

As a result of this achievement, the Asian Development Bank (ADB) contributed more , and the World Bank agreed to pay $600 million for 2021, placing it fourth globally in terms of people covered and third in terms of percentage population covered among countries surpassing 100 million people.

This institution, like other government entities, has increased in size and mission since then.

The easiest method to judge the performance of any of these projects is to look at where Pakistan stood in 2019 and what data shows today.

The Ehsaas programme’s vision paper mentions “addressing elite capture” of society against inequalities in taxes and water management, which is a long ask from a simple emergency cash disbursement platform. Furthermore, elite capture in Pakistan has been linked to a lopsided political structure that a single senator cannot overcome.

The Tahafuz Program aims to provide disadvantaged people with legal help, educational subsidies, and medical insurance. None of these responsibilities are directly tied to social protection; each of these tasks is overseen by a distinct ministry.

The Prime Minister anticipates creating legislation and programmes for the welfare of the poor, aged, orphans, widows, labourers, and Pakistani workers overseas. This has a decent possibility of success in a democratic framework, but does not correspond with globally recognized social protection techniques .

The Ehsaas manifesto then talks about access to quality education, skills and jobs, Universal Health Coverage, and measures to empower women and girls, which appear daunting for a government office that specializes in direct emergency fund disbursement and a better compiled database of deserving people.

T%he National Poverty Database, available to all benefactors to pick and select their areas of engagement, promotes transparency, which should be appreciated.

Similarly, the ease with which technology, particularly after 2018, can be used to reach out to the most disadvantaged and prune data is unparalleled in Pakistan.

The general public searches for Ehsaas programme Cash distribution and has no interest in any other programmme, indicating Pakistanis’ interest in it.

Western countries have established social protection institutions that focus on

The Pakistan Ehsaas programme would better assist the needy if one of these areas was addressed, which is unanticipated health costs – the most catastrophic for the lowest portion of society.

If the goal of this ministry was to ease the suffering of the poorest sector, it would take a long time because the underlying issues are far more complicated and need significant political decisions to even begin moving in the right direction.

The underlying cause of poverty in Pakistan is

These real reasons for chronic vulnerability among the poorest strata are beyond the scope of a social protection ministry or organization.

It is no surprise that the number of severely poor people in Pakistan has risen from 4.4 percent to 5 percent by 2020, a 2 million-person increase, according to the World Bank.

Although direct intervention is a good thing, Pakistan must undertake fundamental reforms in its political institutions to produce genuine leaders with the vision and aptitude to confront serious structural challenges and deliver outcomes that increase the wellbeing of the population— the primary goal of democracy.

Wali Kamran Khalil
The writer is a freelance columnist