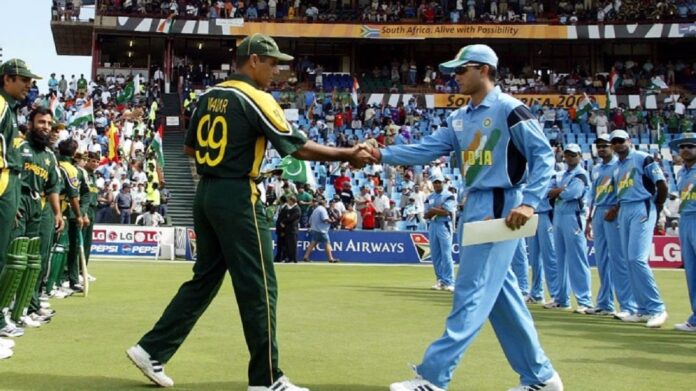 India and Pakistan clash at the T20 World Cup in Dubai on Sunday in the latest instalment of one of cricket’s biggest rivalries.

AFP Sport looks at the first meetings of the two nations in the sport’s three formats:

Five years after the Partition, India and Pakistan met for the first time.

Pakistan were actually playing their maiden Test match when they took to the field at New Delhi’s Feroz Shah Kotla ground.

In their ranks were Abdul Kardar and Amir Elahi who had both played Test cricket for India.

India won the toss, batted and piled up 372 with Hemu Adhikari top-scoring with 81 and last man Ghulam Ahmed hitting 50 in a 10th wicket partnership of 109.

In reply, legendary opener and skipper Hanif Mohammad made 51 before Pakistan collapsed from 64-1 to 150 all out with slow left-arm orthodox Vinoo Mankad famously taking 8-52.

Mankad then picked up 5-79 as Pakistan, following on, were dismissed for 152 handing India victory by an innings and 70 runs.

After Pakistan had won the Test series 2-0, the teams met for a three-game ODI series, the first between the two nations.

The opener was held in Quetta as India, who gave Kapil Dev his debut, made 170-7 in 40 overs with Mohinder Armanath top-scoring 51.

Pakistan were comfortable at 82-1 at one stage before slipping to 166-8 to lose by just four runs. Majid Khan stroked a half-century.

Pakistan then levelled the series with an eight-wicket win at Sialkot before the third game in Sahiwal ended in controversy.

In sight of victory, India skipper Bishan Bedi was furious that Sarfraz Nawaz bowled four successive bouncers which were not called wide.

In protest, Bedi conceded the match.

The rivals met in a T20 International for the first time at the 2007 World Cup in Durban.

The group match ended in a tie after both sides made 141 which meant a ‘bowl-out’ was used to decide the winner.

Mohammad Asif had taken 4-18 and Pakistan, who had already made sure of their place in the next round, looked set to win the match but Misbah-ul-Haq (53) was run out off the last ball.

The two sides were to meet also in the final at Johannesburg with India claiming a five-run win. Meanwhile, Pakistan went to claim the 2009 title.

DUBAI: Abu Dhabi T10 League is set to get underway in a couple of months and the player drafts for the tournament took place...
Read more
Sports

Babar Azam closes in on another record of Virat Kohli

LAHORE: Pakistan's all-format captain Babar Azam is all set to rewrite history in the upcoming encounter between the hosts and England on Wednesday at...
Read more
Sports

LONDON: The two neighboring countries, Pakistan and India, have not faced in Test cricket since 2007 due to political tensions across borders. According to Daily...
Read more
Sports

DOHA: China announced it will give Qatar two giant pandas to mark the World Cup being held in the Gulf state. China's ambassador to Doha,...
Read more
- Advertisment -