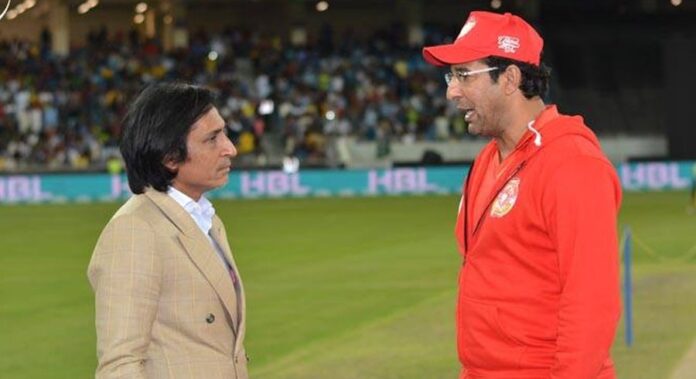 Legendary Pakistan pacer Wasim Akram is unimpressed with Ramiz Raja’s decision-making since taking charge as the chairman of the Pakistan Cricket Board (PCB).

Akram believes that Raja should have assessed the situation first before making changes at the highest level.

“Whenever a new CEO of President joins an organisation, he assesses the performance of employees for the first 90 days or two months. After that the process of changes starts as it is the prerogative of the person in charge. However, here [PCB] it has happened earlier than usual,” said Akram while speaking on A Sports.

“Anyways bygones are bygones, but I know that these guys [Misbah and Waqar] worked really hard,” he added when questioned about Misbahul Haq and Waqar Younis’ resignation as Pakistan’s coaches before the start of the T20 World Cup.

He also criticised social and conventional media for their biased opinions.

“As far as media is concerned, I’m sorry to say that some people become personal. Sometimes the reason why they are against a player is because he might have refused to give them an interview, that’s it,” he said.

“It’s not possible to make everyone happy so there is no point listening to social media. Just do your job, the right and fair job and don’t worry about anything else,” he concluded.