One earnestly hopes this is rock bottom 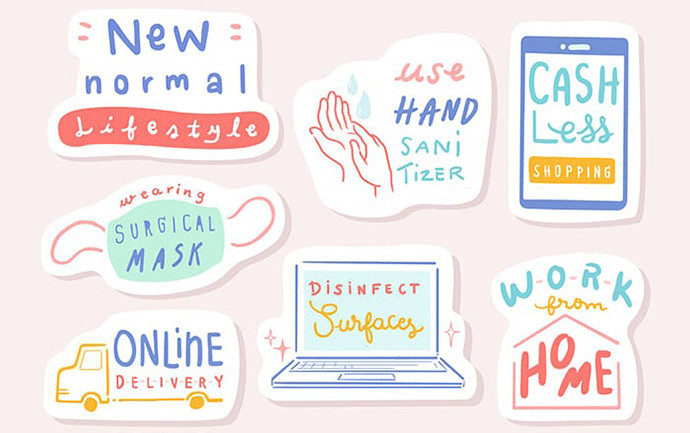 Hearing Professor Pervez Amirali Hoodbhoy’s concern about the dwindling numbers of ‘normal’ ladies in universities I was reminded of a video that became popular on the internet about ten years ago. The video is still available on YouTube in case anybody finds himself yearning for some quality comic relief after a hard day at work.

The video featured a commercial officer at the German Consulate who was involved in a car crash in Karachi. A group of local men had descended on the scene, including some mic-brandishing reporters of various TV channels. Somebody had promptly started filming the proceedings for the benefit of future generations. (God bless him!) One individual who appeared to be playing the part of a concerned citizen, chief investigating officer, senior analyst, interpreter, and crime reporter all rolled into one appeared to have taken it upon himself to grab matters by the scruff of their necks. ‘You drink or normal? [sic]’ he asked the German. Obviously, he wanted to say ‘sober’; but either English was not his strong suit, or he was somewhat tipsy (or not ‘normal’) himself. The video leaves plenty of room to entertain either hypothesis. Probably it was a bit of both. However, he soon put to rest all doubts regarding his import when he explained the situation for the benefit of the bewildered German in these immortal words: ‘Allegation you are drink [sic].’ Probably thinking that the commercial officer was too inebriated to still understand him, he paraphrased his question in even more understandable terms: ‘You tun?’

One hopes against hope that, like our knight in shining armour above, Professor Hoodbhoy was either not completely ‘normal’ when he referred to students wearing hijab or burqa as the opposite of ‘normal’; or he suffered from an English-fail of epic proportions while articulating his thoughts during his fateful recent appearance on the TV show. To be honest, either possibility appears far-fetched to those who know the professor. Because, in his long public career nobody has ever seen him under the influence; and judging from his newspaper articles he has no apparent difficulty in the selection of appropriate English words for a given situation. Therefore, it is a safe bet that he meant what he said, and that he knows what ‘normal’ means.

My own views on hijab (which have been published in these pages) are by no stretch of the imagination what could be referred to as the ‘standard’ or even the most common religious opinion on the subject. But if a woman believes hijab to be mandatory or preferable; or observes it because it allows herself the liberty of not looking her best all the time; or even wears it as a form of fashion statement, she is merely being human, exercising her choice in a matter that is entirely personal

Professor Hoodbhoy represents a group that is known for championing personal liberty and the inviolable right of individuals to do with their lives as they please. The social liberals like the professor justifiably protest when fundamentalists object to the way a woman dresses or carries herself publicly. Were the liberals not supposed to defend all citizens’ right to do with their lives as they please so long as it does not harm anybody else? It is obvious that something, somewhere, has gone horribly wrong. It is certainly not tragic if a rebel is defeated by the forces of the status quo; for, if anything, in pursuit of a noble enough goal such a defeat is heroic in its own way. What is indeed tragic (and which happens way too often) is when a rebel becomes just like the men and women he originally rebelled against.

My own views on hijab (which have been published in these pages) are by no stretch of the imagination what could be referred to as the ‘standard’ or even the most common religious opinion on the subject. But if a woman believes hijab to be mandatory or preferable; or observes it because it allows herself the liberty of not looking her best all the time; or even wears it as a form of fashion statement, she is merely being human, exercising her choice in a matter that is entirely personal. If the new ‘normal’ then is merely a euphemism for how the social liberals would like others to conduct themselves, then at least in this respect evolution has proceeded in a completely wrong direction.

Let us see this in perspective. Recall the famous speech in which Donald Trump demanded to know what exactly men and women who did not like hijab had against the women who wanted to wear it. The good professor, this week, has thus managed to achieve seemingly the impossible; that is, beating Trump when it comes to being judgmental and patronizing. The good news however is that once a person or a movement hits rock bottom, there is nowhere to go other than up. One earnestly hopes this is rock bottom for our social liberal friends and that they are not going to descend any further. Can we please go back to the days when liberals used not to compete with the fundamentalists for the honour of who was more bigoted when it came to individuals’ choice of what and what not to wear. Can we let that again be the new normal please?

May 23, 2022
Pakistani literature in English seems to have received a bolster with the appearance of two recent publications in the language viz. Straggling Through Fire...