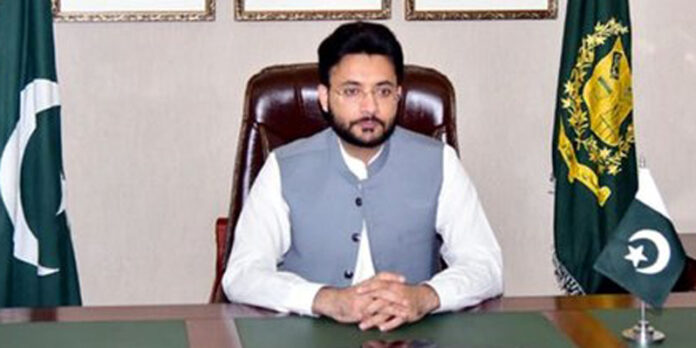 ISLAMABAD: Minister of State for Information and Broadcasting Farrukh Habib Wednesday said that the federal government had no plan to promulgate an ordinance for the Pakistan Media Development Authority bill.

“It is also fake news that an ordinance is being brought on PMDA or a draft is ready. The PMDA framework is still in the process of consultation. The government has held wide-ranging consultations with stakeholders on the proposed PDMA bill to move forward,” said Farrukh Habib while briefing a sub-committee meeting of the National Assembly
Standing Committee on Information and Broadcasting on PMDA framework.

The minister said all stakeholders including PBA, APNS, CPNE, major press clubs of the country and PFUJ have been consulted on the PMDA framework.

The meeting was chaired by the convener of the sub-committee Maryam Aurangzeb. Farrukh said that while Ms Maryam Aurangzeb went to a protest camp of the journalists and termed the PMDA as black law which was uncalled for.

He added that it would have been better if the convener of the sub-committee had remained neutral and presented her position at this forum.

Farrukh Habib said presently there were seven laws and seven organizations including Pakistan Electronic Media Regulatory Authority, Audit Bureau of Circulation, Press Registrar, Press Council of Pakistan regulating the media and the government has planned to unite them under the PMDA umbrella.

“This would not only reduce the budget but also facilitate the process. The Media Complaints Commission would take the decision on the applications of journalists and media workers connected with electronic, print and digital media in 21 days,” Farrukh Habib said.

He said that the Media Complaints Commission would be an independent body which would not be under the influence of Pakistan Media Development Authority. Habib also informed that commission offices would be set up in Lahore, Multan, Sukkur, Karachi, Quetta, Peshawar and Islamabad.

Habib said that the government has taken guidance from the UK’s Ofcom, Singapore and Malaysia’s models for the PMDA. He added that there was a need for any such authority as journalists and media workers demanded to resolve their major issues including delay in salaries and wage board.

The minister said there was no final draft of PMDA and no ordinance was being promulgated in this regard.

Nafeesa Shah MNA said Kanwal Shozab’s protest was right, as if a sub-committee has been formed on this issue, the discussion should be taken according to the legal procedure.

Responding to points raised regarding PMDA in the sub-committee meeting, the minister of state for information said it was also fake news that an ordinance was being promulgated on PDMA or its final draft was ready. He said the sub-committee discussed how to strengthen the existing media-related laws.

”We want to bring digital media into the tax net, we want to give legal cover to OTT platform,” Farrukh Habib said, adding that digital media would not be licenced but have to be registered.

He maintained that constructive discussion on fake news had become the need of the hour to counter this menace. The minister said in the next meeting of the sub-committee, he would also listen to other organizations.

Marriyum Aurangzeb expressed the hope that the Journalists and Media Professionals Protection Bill would be passed by the Standing Committee on Human Rights soon. She directed all stakeholders to send their suggestions in writing to the Secretariat by September 21.

Pakistan Federal Union of Journalists Professionals President Pervez Shaukat said in Pakistani media, there was no law for hiring and firing of media workers.

“Journalists and media workers had been deprived of their salaries for the past 10 months,” said Pervez Shaukat adding that suddenly workers were fired from media houses and barred from entering into the office.

“We do not reject PMDA, we want to discuss its suggestions,” he added.
Mazhar Iqbal said cases were pending in Implementation Tribunal for Newspaper Employees for 10 years. He said Pakistan Media Development Authority (PMDA) would be a blessing for journalists and media workers.

Mazhar Iqbal further said for the first time, journalists and media workers would get a decision on their petitions in 21 days for non-payment of salaries and non-compliance regarding job contracts after the establishment of the authority.