The climate crisis is right now 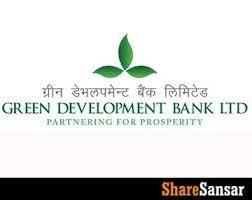 The climate change crisis is fast unfolding, and while Pakistan contributes little to overall global warming, it is one of the leading countries to be affected by it. At the same time, lack of policies and institutional approach to effectively deal with the climate change crisis and air pollution has meant that the country is facing a huge challenge in terms of greening the economy, and shifting reliance away from fossil fuel burning, and more and more to renewable sources of energy. And making that shift fast since, some of the most polluted cities in the world are in Pakistan, the negative impact of global warming is already raising alarm bells for its glaciers; and important source of water, agriculture, and producing electricity.

The severity of air pollution, both globally, regionally, and in the specific case of Pakistan, could be gauged from a recently released report ‘Air quality life index’ whereby it is pointed out: ‘The Air Quality Life Index (AQLI) shows that strong pollution policies pay back in additional years of life for people across the world. The AQLI’s latest data reveals that reducing air pollution to meet the World Health Organization’s (WHO) guideline would add 2.2 years onto global life expectancy. …Bangladesh, India, Nepal and Pakistan account for nearly a quarter of the global population and consistently rank among the top five most polluted countries in the world. As a result, South Asia accounts for 60 percent of the person-years that are expected to be lost globally due to pollution levels exceeding the WHO guideline. Average life expectancy across these four countries would be 5.6 years higher if pollution concentrations complied with the WHO guideline. … In Pakistan, the average resident could live 4.2 years longer, with those in Lahore, the second largest city, living 5 years longer.’

Having said, another recently released report by Clean Air Fund, and titled ‘The state of global air quality funding 2021’ highlights the lack of development funding with regard to tackling an otherwise very acute global issue in the shape of air pollution, whereby it points out ‘Air pollution is one of the most urgent and deadly global challenges. In 2016 the World Health Organisation estimated outdoor air pollution led to the early deaths of 4.2 million people and studies since suggest the actual toll could be 9 million a year or more. … In 2019, over $1.4 billion in official development spending was disbursed to projects with the primary or secondary objective of improving air quality. This is less than 1% of total aid spending. …Air quality projects received 21% less official development funding in 2019 and 2020 than projects that prolong fossil fuel and contribute to air pollution and greenhouse gas emissions. … The volume and pace of funding does not match the 153% rise in deaths caused by air pollution in low- and middle-income countries over the last 30 years.’

As climate change crisis, and related consequences in terms of pollution and pandemics, become more potent and frequent phenomena, business as usual will not provide the momentum needed to meet the needs of a fast-closing window of keeping global warming below 1.5°C; an important ceiling for ensuring that life as we know it can go on. GDB could be an important step in pushing up the otherwise wanting levels of funding for greening the economy, and overall, environment

Hence, there is a significant lack of funding, which is essential for developing countries like Pakistan, along with the fact that rich, advanced countries are still to come true on their pledge of providing $100 billion in climate finance on a yearly basis to developing countries, as pointed out by the chair of Africa group of negotiators at COP26 meetings, which are to be held in November this year in Glasgow (UK), as follows: ‘Developed countries are currently not pulling their weight or keeping their promises on their obligations to provide climate finance. Like any negotiation, you need to have faith that pledges and commitments will be met. In 2009 and 2015, they promised to deliver climate finance by 2020. Yet this is still to be met, and we don’t have a clear plan to achieve it.’

Although the Government of Pakistan has actively and successfully been pursuing an ambitious, nation-wide, tree-plantation campaign for a number of years now, but for developing countries like Pakistan, with difficult balance of payments, and fiscal situation, need active and significant international financial assistance and investment for appropriately shifting towards a green economy and overall environment. One important step to create greater incentivization, and transparency for attracting such inflows is for the government to establish a ‘Green Development Bank’ (GDB), with oversight from State Bank, and the Council of Common Interests, but having full operational independence.

Among the main functions of the Bank is to both highlight investment opportunities for greening the economy, and environment, which its research wing evolve within itself, and also to screen and advertise projects from the government-, private sector, and in the shape of public-private partnership. The main distinguishing feature of GDB, in addition to being one-window resource and platform for potential bilateral, multilateral, and private investors and donors, is to also monitor progress of projects, and making available independent on-going and timely projects/programmes risk assessments; enabling investors/donors in turn to remain confident and interested in financing greater number of green projects. Moreover, another important function of the Bank could be to look for opportunities and create appetite for innovative green/climate bonds for tapping greater portfolio investment opportunities.

In time, perhaps, and it make good sense, development partners will globally evolve strategy to spread such banks, regionally, and globally for greater connectivity and network effect. As climate change crisis, and related consequences in terms of pollution and pandemics, become more potent and frequent phenomena, business as usual will not provide the momentum needed to meet the needs of a fast-closing window of keeping global warming below 1.5°C; an important ceiling for ensuring that life as we know it can go on. GDB could be an important step in pushing up the otherwise wanting levels of funding for greening the economy, and overall, environment.