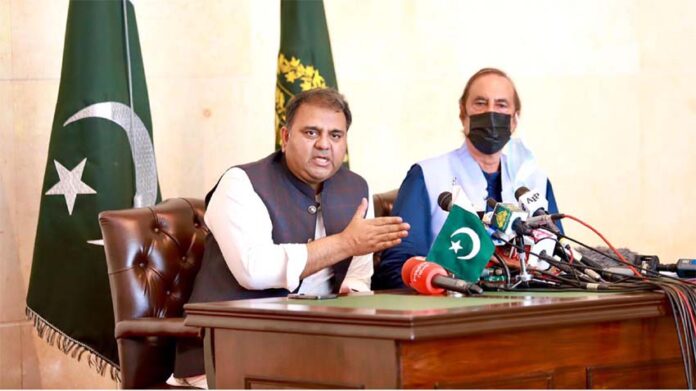 The Federal Cabinet approved two ordinances recently as part of electoral reforms to ensure transparency in the general elections. One ordinance will enable the Election Commission of Pakistan to use electronic voting machines in elections while the other empowers the ECP to take steps to give the overseas Pakistanis right of e-voting. The government’s electoral reforms consist of four parts, including Electronic Voting Machines (EVMs), e-voting for overseas Pakistanis, biometric identification of voters and enabling legislation.

The delimitation exercise in constituencies based on population would be finished and some provisions of the Election Act 2017 were being deleted. The list of registered voters with Nadra would now be used for electoral rolls instead. A series of 49 changes were being made by introducing or abrogating sections and making amendments to the existing sections of the Election Act 2017 in order to ensure free, fair and transparent elections in the future and end the controversy and allegations of rigging forever.

Section 103 of the Election Act 2017 was amended to allow use of EVMs. EVMs were developed and the government unveiled its legislative agenda for the purpose, and work is underway on biometric and e-voting. Besides, Section 94 would also be amended to extend the right of vote to overseas Pakistanis. Moreover, Section 202 about registration of political parties would also be amended, requiring a political party to submit a detailed list of at least 10,000 members. A new Section 213-A would be added, making it compulsory for the registered political parties to hold their annual conventions, so that democracy should be seen in political parties. Also, Section 15– complaints against polling staff– would be amended to enable candidates to challenge the appointment of polling staff within 15 days. Another reform would be for electoral rolls to be prepared on the basis of registration data with Nadra. This measure would make people who resorted to illicit and fake votes without any method. Prime Minister Imran Khan also invited the opposition for talks, as legislating reform was the responsibility of Parliament and not the Election Commission of Pakistan (ECP). Two constitutional amendments would be introduced in Parliament, aimed at conducting Senate elections through identifiable voting and allowing the overseas Pakistanis to contest elections in the country.

In 2018, the opposition PML(N) claimed that Results Transmission System (RTS) failed but when it was asked to bring details of RTS failure and non-submission of Form 45 in the relevant committee, it failed to do so. After the 2018 elections, 25 petitions regarding rigging were filed in Punjab, out of which 13 were filed by the PTI candidates and 11 by the PML(N).

In the recent Karachi by-election, the PML(N) accused the PPP of rigging. There was also a big controversy on both the election of former Prime Minister Yousuf Raza Gilani as Senator and later his defeat in the Senate Chairmanship election. The debate for open ballot in the Senate election is still pending, which was part of the Charter of Democracy signed between PML-N and the PPP. The government has been advocating for switching to EVMs for some time. While in principle the concept sounds fair, some kinks may have to be resolved before it is put into practice, but the ECP has doubts over EVM use. There is also the matter of legislation that will need to be enacted for EVM use.

The stabilisation of Pakistan’s democratic transition will depend to a considerable extent on the manner in which the ECP conducts the next general elections. The main steps required to advance reform includes the government and opposition forging a consensus on neutral caretaker regimes at the centre and in the provinces to govern during the election period. In accordance with the 18th amendment, and the ECP moving quickly to enact major electoral reforms and remove flaws in the electoral process for the next general elections.

Voters must be given every opportunity to identify errors and omissions, which must be removed from the electoral rolls. Polling procedures should be improved and accountability mechanisms for candidates and political parties improved; and dysfunctional election tribunals, characterised by excessive delays and widespread corruption, should be urgently reformed. The ECP should make every effort to verify, validate, update and augment the final electoral rolls, ensuring that citizens are not disenfranchised. After consulting all relevant stakeholders, it should also immediately prepare a list of permanent polling stations. The ECP should consult parties on the amended code of conduct and incorporate their recommendations; otherwise, Parliament should rationalise the code.

The ECP should install an effective results-man­age­ment system to compile results expeditiously and transparently and put the results on its website as soon as available. The ECP should put in place a transparent recruitment, hiring and performance evaluation system for staff. The ECP should monitor electoral turnout and results at both female and combined polling stations and impose penalties on those who prevent women from voting, to prevent disenfranchisement of women. The international media and community should engage on electoral reform with not just the ECP but all stakeholders, particularly parliamentarians and political parties, in order to make reform sustainable, and should hold the ECP to its commitment to enhance access to credible election observers, both domestic and international.

Indeed countries were not made up of just land and buildings, but the people and its institutions. Good ethical and political attitudes are a prerequisite for such reforms. That is the kind of adherence to constitutional principles, electoral rules and the law of the land that we need in Pakistan. If we cannot ensure a fair and free election, conducted by an impartial body, we cannot claim to be a democracy.

Kashif Mirza
The writer is the president of All Pakistan Private Schools Federation and can be reached at: [email protected]