A game of musical chairs 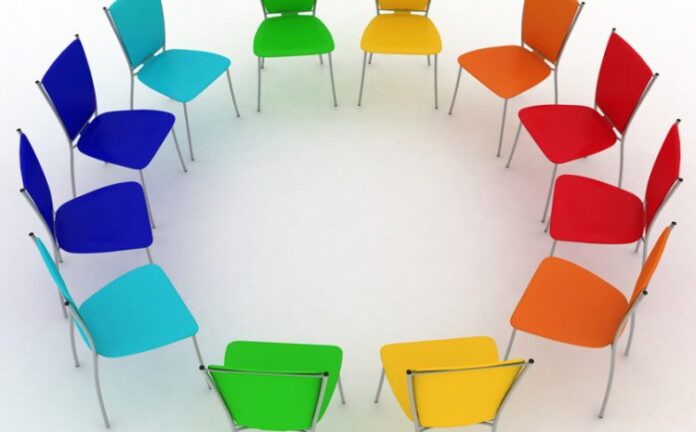 The maestro seems to have started enjoying the game of musical chairs. He is playing the game much too often with his cabinet members – the fourth reshuffle in PTI’s (Pakistan Tehreek e Insaf) government’s almost three years tenure.

In the latest cabinet reshuffle Shaukat Tarin been inducted as the new economic czar, replacing Dr Abdul Hafeez Sheikh, the erstwhile blue-eyed boy of the prime minister. Only less than a fortnight ago according to Imran Khan the economy was doing very well- better than his expectations. He was generous enough to give due credit to his ‘brilliant’ finance minister.

The difference between Tarin and Sheikh is like apples and oranges. Tarin despite being a former Citibank man is basically homespun, in sharp contrast to the Hafeez and Raza Baqir (governor state bank), the former working for the World Bank and the latter for the IMF.

What happened in the interregnum that the PM made another of his U-turns (ones that he is famous for) and unceremoniously sacked Hafeez? Perhaps while convalescing from Covid 19- that he had contracted only a few days ago- in a rare fit of retrospection he belatedly realised that nothing was right with the economy and that Pakistan was heading for a disaster if nothing was done to stem the rot.

Perhaps he had started believing the canards spread by his various spokespersons on his own instructions and directions. Nevertheless, replacing Sheikh with Tarin is not merely a change of face but a completely new direction will be set.

Unlike his predecessor, Tarin is not an IMF / World Bank man. This does not however mean that he is averse to an IMF programme or dealing with the IFIs (international financial institutions) like perhaps Asad Umar who as finance minister opposed the proposed IMF facility when PTI had just assumed power. His candour cost him his job.

Those were the heady days when carpet beggar businessman and hedge fund owner Arif Naqvi was advising Khan on key appointments. Naqvi introduced Hafeez Sheikh as a buddy since both studied at the London school of Economics (LSE).

The difference between Tarin and Sheikh is like apples and oranges. Tarin despite being a former Citibank man is basically homespun, in sharp contrast to the Hafeez and Raza Baqir (governor state bank), the former working for the World Bank and the latter for the IMF.

Nonetheless, Tarin as finance minister faces the same challenges to be overcome by anyone holding the job. A bankrupt economy resulting in a negative growth rate coupled with the rising expectations of the masses are major headaches for any political government ultimately heading for elections.

Tarin has an inventive mind credited with bringing the PPP government political capital of its own. NFC

(National Finance Commission) was a result of his travails. It’s another matter that Khan and his original backers curse the eighteenth amendment in the Constitution for diverting financial resources to tether provinces, thereby rendering the federation virtually bankrupt.

Apart from the economy there are major governance problems – mostly of its own making- faced by the PTI government.

Primarily it has neither clear direction nor the prime minister a vision. Initially Khan thought (perhaps a little bit naively) that painting the political opposition as a corrupt lot and a bunch of dacoits, hounded by the NAB (National Accountability Bureau), will easily buckle under pressure.

But conversely the opposition has shown much more resilience than Khan and his backers assumed it will be able to withstand. Thanks to lack of any performance the opposition is giving a tough time to the government.

The recently formed opposition alliance (PDM) is having problems of its own. Its major components the PML-N and the PPP are publicly squabbling. Despite this handicap both the PML-N and the PPP remain a formidable force to challenge the ruling party in the next elections. As was evident from Daska- a small town near Sialkot in Punjab- by elections, the manner in which the PTI candidate was trounced does not auger well for the ruling coalition.

Another ‘enfant terrible’ is the federal ministry for information. It has had four changes at the top during the present government’s less than three years tenure. Intially the sharp and acerbic Fawad Chaudhry was inducted as minister for information. He was doing fine but soon fell victim to intrigue and backstabbing rampant in PTI’s corridors of power and replaced by Firdous Ashiq Awan. Found too abrasive for the job she was shown the door in a few months.

Then a perfect gentleman, Shibli faraz, was ushered in as the ministry’s head. Shibli, the scion of the respected poet Ahmed Faraz was perhaps too refined a person to fit in the role he was assigned. So now back to square one in the form of Fawad Chaudhry.

Part a new experiment, a bevy of spokespersons  have been personally selected  by the prime minister who in person regularly briefs them what message to put across and the spin it has to be given mostly at the talk shows held every evening on various news channels.

Having Geobblean connotations, the idea is plainly out of tune with the times. But Khan thinks as in the case of his most predecessors that the government is doing just fine. Its media mangers are somehow are not up to their jobs as compared to the opposition.

Khan has a point. But this is how the cookie crumbles in a democratic polity: the opposition get the better of it in the media as compared to the government.

But the prime minister needs to do a contemplation of his own. What vision does he have for the country and what road-map does he want to take? Merely doing a running commentary on the so- called mafias running amok in the country and how things were done in ‘Riasat e Madina’ will get him nowhere.

Amid the raging pandemic in the southern Indian state of Maharashtra, the anti-terrorism squad arrested  on May 6, two persons (Jagar Jayesh Pandya and...
Read more
Letters

One wonders, why our political parties do not accept results of general election or by-elections when they lose. Devoid of the public pulse, they...
Read more
Letters

Why no let up in CoronaVirus?

The federal and provincial governments are doing their maximum possible including complete lockdown to check and control spreading of epidemic of Corona Virus and...
Read more
Letters

It is a bitter fact that a huge number of our young generation use narcotics. We can see a large number of heroin-addicts in...
Read more