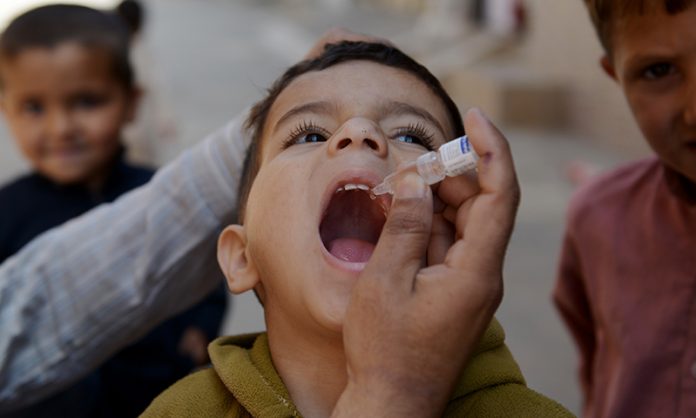 QUETTA: The polio vaccination campaign in Balochistan was postponed on Wednesday for an indefinite period due to a protest by the government staffers.

A five-day vaccination campaign against the crippling disease was scheduled to begin on Wednesday in 33 districts of the province. However, it was put off for a third time.

According to Quetta Emergency Operation Centre, the campaign to be held on April 5 had already been postponed.

Balochistan health department had postponed the vaccination campaign against polio across the province due to the ongoing strike of the government employees who have been holding a sit-in for the past week, a statement said.

“The campaign was postponed as health workers and other volunteers were not available due to the strike of the government employees,” said health officials.