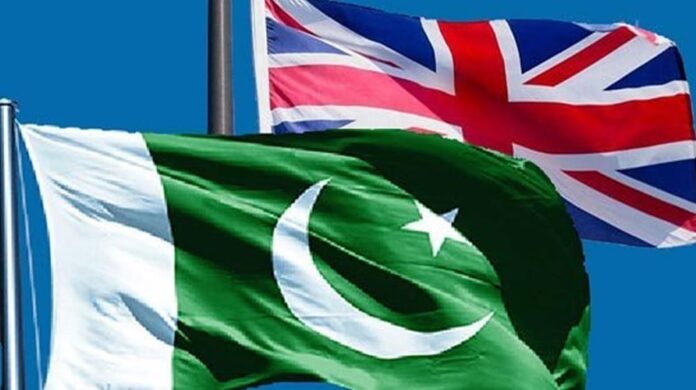 LONDON: The British government said on Friday that it would add four countries, including Pakistan, to its so-called red list, banning incoming travel to England, citing coronavirus “variants of concern”.

United Kingdom’s Department for Transport said that the ban on visitors from Kenya, Bangladesh, the Philippines and Pakistan would enter force at 0300 GMT on April 9.

This will include anyone who left the countries or transited through them in the previous 10 days.

The UK and Irish nationals and those with UK residence rights travelling from those countries will have to quarantine in hotels for 10 days.

The department said that the ban was over new data showing increased risks of importing coronavirus “variants of concern”.

“Red Listing means that only UK and Irish nationals and those with residency rights in the UK will be allowed to travel to the UK if they have been in Pakistan in the 10 days before they arrive,” British High Commissioner to Pakistan Christian Turner said in a video message posted on Twitter.

The British government said that the list expansion came at a “critical time for the vaccine programme”.

The UK has given more than 31 million people, or more than 45 per cent of the population, the first dose of a coronavirus vaccine.

These additional restrictions will “help to reduce the risk of new variants – such as those first identified in South Africa and Brazil – entering England,” the Department for Transport said.

The UK has set a potential May 17 date for resuming international travel, which is banned except for a few legally permitted reasons.

“But [their] schedules could change,” Turner said.

A task force set up by British Prime Minister Boris Johnson is expected to propose a traffic-light system to rank countries red, green or amber for travel according to the risks posed by their virus rates.

Meanwhile, Foreign Minister Shah Mahmood Qureshi on Friday said that the government was making all-out efforts to contain the spread of Covid-19 as well as overcoming its adverse impacts on the national economy.

The foreign minister, in a meeting with Pakistan-origin British national Dr Tariq Mahmood, who called on him, said that the third wave of the coronavirus pandemic was becoming more severe in Pakistan, a Foreign Ministry press release said.

He said that the anti-Covid vaccination drive was moving ahead successfully in phases.
The foreign minister lauded the services of Pakistani doctors, nurses and health workers living in the UK during the pandemic.

They discussed the overall situation of the pandemic and the matters of mutual interests.

The third wave of the coronavirus in Pakistan has been intensifying over the last few weeks with daily cases reaching levels last seen in June and July of 2020.

During the last 24 hours, the country reported 5,234 cases. This is the highest number of cases reported so far this year, and the highest since June 20, 2020, when 5,948 cases were recorded.

Last month, Federal Minister for Planning, Development and Special Initiatives Asad Umar had asserted: “Yes, there is no doubt that the third wave has started. The phenomena that are driving it is the spread of the UK strain.”

“Our own statistics from the last few weeks show a sustained increase in our case fatality rate (the number of patients who succumbed to the virus from the total number infected). At the time, we were speculating that it may be linked to the UK strain. But now the research report is here which establishes [the link],” the minister had said, terming it a “very dangerous situation”.

“We asked National Institute of Health (NIH) to do genome sequencing and first we saw the UK strain in areas in north Pakistan, including Islamabad. After that, we also did genome sequencing for the rest of the country,” he had added while talking to a private news channel.

The federal minister had also pointed out that the new strain of the coronavirus was more transmissible than the original strain from Wuhan.