'Until this system is in place, we cannot stop tax evasion' 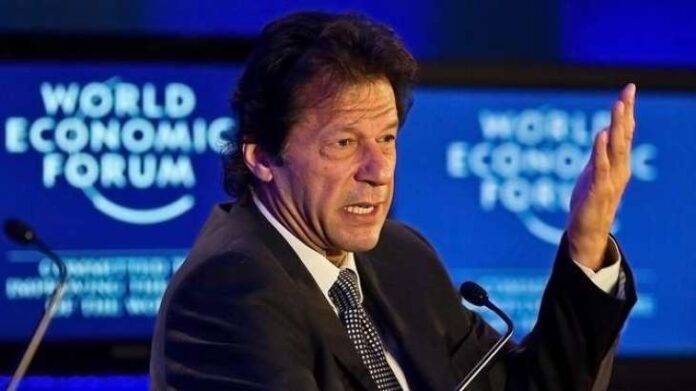 ISLAMABAD: Prime Minister Imran Khan on Tuesday urged for making progress on the track and trace system of the Federal Board of Revenue (FBR).

He and the cabinet members expressed concerns over the rise in Covid-19 cases in Pakistan. The premier directed relevant authorities to ensure the implementation of coronavirus standard operating procedures (SOPs).

“Approximately 40 per cent of cigarettes are sold [without paying taxes] which causes the country to suffer. For the past 15 years, the FBR has been trying to introduce the system, to bring in automation but it is sabotaged each and every time,” the prime minister said.

He informed FBR has announced to make its track and trace system functional from June 1 but the Sindh High Court (SHC) issued a stay order.

“Until this system is in place, we cannot stop tax evasion,” he said, directing the law minister to inform the SHC about the situation to get the stay order vacated. “Because of tax evasion, we have to rely on indirect taxes which leads to inflation.”

The premier stated that Rs400 billion tax was imposed only on the sugar industry for the last five years. He directed Farrukh Habib to hold consultations with the attorney general. The prime minister said that the court should be given all details about the importance of the track and trace system.

Moreover, PM Imran issued directives to give awareness of the electronic voting system in every cabinet meeting. He said that e-voting is inevitable for holding transparent elections.

Similarly, Federal Minister for Science and Technology Chaudhry Fawad Hussain said on Tuesday forensic audit of 10 loss-incurring entities would be held under the directives of the federal cabinet.

Addressing a press conference along with Minister for Industries and Production Hammad Azhar in Islamabad, he said Pakistan Railway, Sui Southern  Gas Pipeline Company, Pakistan International Airlines were among the enterprises which were running in loss, adding that the audit would be completed by June 30 this year.

Briefing media persons after a federal cabinet meeting, Fawad said 51 out of 85 loss-making State-Owned Enterprises (SOEs) have become profitable due to prudent policies of the government.

He said the PM has been personally monitoring the prices of daily use commodities and all possible steps were being taken to provide relief to the common man.

Fawad said when Pakistan Tehrik-e-Insaf (PTI) came to power, the economy was in a shambles but the government had taken all possible steps to protect the poor segments of the society from the effects of inflation and price hike.

He maintained that the good news was that while Utility Stores Corporation (USC) was ruined during the previous regimes but due to efforts of the present government, it would come out of loss by the end of the year.

The minister said the cabinet expressed its concern over the increasing incidents of the coronavirus and expressed the hope that Pakistan would also handle the third phase the way it had handled the first two phases.

He said the pandemic had played havoc with the health systems and economies of many developed countries but Pakistan due to timely action and effective policies was successful in saving the lives and livelihood of the people.

Fawad said at the start of the meeting the premier highlighted the issue of transparency in the electoral system.

He said there were some political forces that would always dispute the election process but the government wanted to ensure transparency for the satisfaction of the general public.

He informed the cabinet gave approval to the proposal of appointment of Raja Mazhar as Managing Director of National Book Foundation. The cabinet also gave the approval to end the ban on issuance of prohibited and non-prohibited bore licenses of arms by approving the comprehensive license policy.

He said the cabinet also discussed the issue of improper use of petroleum companies CSR. Now rules have been changed and the minister for petroleum has been authorised to monitor the entire process of CSR utilisation, Fawad said.

He said the cabinet gave approval to the proposal of issuing smart cards to registered Afghan refugees and this decision was part of the prime minister’s policy of providing relief to the poor people.

The cabinet was informed that this year 400,000 new gas connections have been given whereas the target was 600,000 by the end of the current fiscal year.

The next year the target would be issuing 1.2 million new gas connections. He said so far only 27 per cent of residents had been provided piped gas facility whereas 67 per cent were still without this important facility.

He said reforms were being done in the gas sector and a new system would be introduced to bring these 67 per cent in this regime.

He added the cabinet also briefed on structural reforms and it was decided that in the future latest audit paragraphs would come up before the public accounts committee to promote the timely process of parliamentary supervision and accountability.

Fawad said tax exemption was granted on auto-disable syringes to prevent the spread of various diseases.

The federal cabinet also approved Ramazan Relief Package, worth Rs7.8 billion, to provide 19 essential items at subsidised rates to the common people during the holy month through the outlets of Utility Stores Corporation (USC).

Hammad said earlier this subsidy was available on five items only. He added that sales of the USC are likely to reach Rs100 billion this year and it is expected to earn some profit as well. “Under the Ramazan package, the prices of commodities will be reduced,” he maintained.