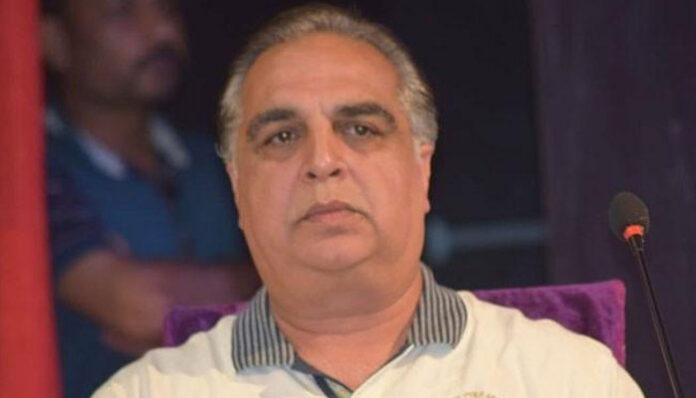 Sindh Governor Imran Ismail has said that PTI would probe into the matter of 16 MNAs who voted for the Opposition candidate in the Senate polls.

While talking to the media in Islamabad on Saturday, after attending the proceedings of the National Assembly (NA) for the vote of confidence of Prime Minister (PM) Imran Khan.

“The party would investigate into the Senate vote. Everything would become clear who are those 16 lawmakers,” Ismail said, referring to the March 3 polls in the NA for the Islamabad seat of Senate when the Opposition’s candidate defeated PTI’s Dr Abdul Hafeez Sheikh.

It may be noted that Syed Yousuf Raza Gilani of the Pakistan Democratic Movement (PDM) had bagged 169 votes against 164 of the government’s candidate prompting calls from the Opposition of PM Imran’s resignation.

Earlier on Friday, Federal Minister for Science and Technology Fawad Chaudhry had said that the party did not know the names of parliamentarians who voted against the party line. “The prime minister did not talk about not proceeding against those 16 members who were found guilty. If Ali Zaidi has given any names to the prime minister, then I do not know,” he said.

“We have no proof who took money for vote. Our female candidate got 174 votes, while five votes were rejected, and these are our total numbers,” he added.

Separately on Saturday, a PTI MNA spoke about why he had met former prime minister Yousuf Raza Gilani’s son, Ali Haider Gilani, and shot a video of him just a day prior to the Senate polls.

Speaking to a local news channel, lawmaker Faheem Khan said that he “did not shoot the video on anyone’s direction, and the party’s stance in this regard would soon be given.”

Replying to a question about the amount of money him and PTI MNA Jamil Ahmed had accepted, the lawmaker vowed that the MNAs’ conscience is clear, and they would appear before the Election Commission of Pakistan (ECP) if summoned in the case.

“The people who take money do not appear before the public. We are Prime Minister Imran Khan’s soldiers,” he added.

On March 2, a day before the Senate elections, Haider Gilani’s video, allegedly instructing a lawmaker on how his vote can be wasted, had surfaced on social media.