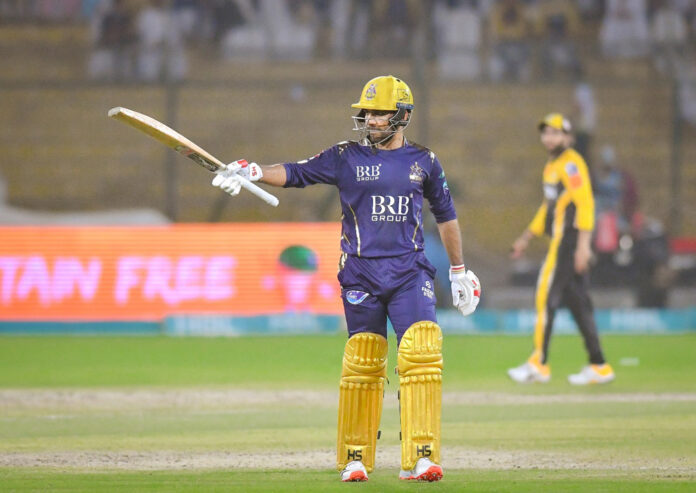 Peshawar Zalmi won over Quetta Gladiators by three wickets in the 8th match of the HBL Pakistan Super League (PSL) at National Stadium in Karachi on Friday.

Sherfane Rutherford scored 36 not out and hit the winning shot, surpassing the target of 199 runs.

Earlier with an impressive performance by Sarfraz Ahmed, Quetta Gladiators set a mammoth target of 199 runs for Peshawar Zalmi. In the opening overs, Saim Ayub and Cameron Delport could not sustain for long as the former was run out at 21 while the latter made only 2 runs. However, Faf Du Plessis scored 37 runs and Azma Khan with his super-high sixes made 47 runs.

Zalmi had won the toss and decided to bowl first.

“One of the best feelings for me, because the PSL has some of the best bowlers. Good to see the skipper step up,” Rutherford said.

Sarfaraz said he was disappointed with the fielding, according to Simon Doull.

Peshawar Zalmi and Quetta Gladiators have faced each other 17 times in PSL with both sides winning equal matches. One game was ended as no-result.