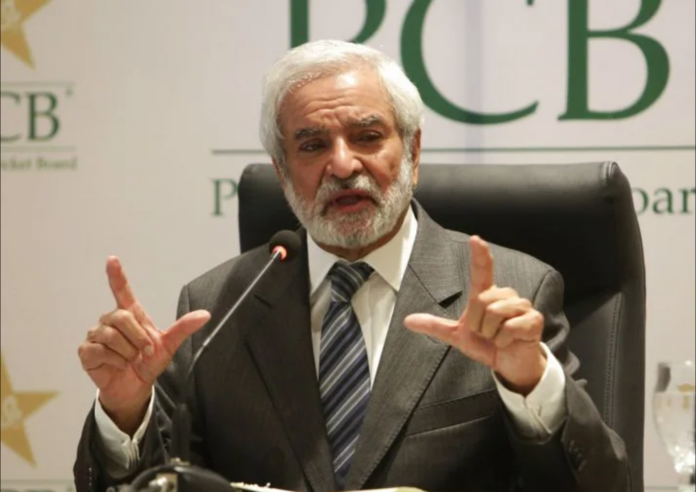 LAHORE: Pakistan Cricket Board (PCB) Chairman Ehsan Mani on Sunday said he will demand the International Cricket Council (ICC) shift the T20 World Cup out of India unless the host gives assurances regarding visa and safety arrangements for players by March.

“Our government has never told us that we can’t play [in India],” Mani said. “We have agreed with the ICC that we are going to participate and we can’t contravene that.”

“At the ICC level, I have clearly said we need a written assurance from the India government over not only our squad’s visas, but we also need visas for fans, journalists, and the board officials.”

Australia was due to host the T20 World Cup but had to postpone it because of the Covid-19 pandemic. The schedule now has India hosting the 2021 edition and Australia staging the tournament next year.

Mani said the ICC had initially told the PCB that it would get the visa clearance from India by December.

Since then, Mani has twice raised the issue with the ICC and told them that he needed a clear decision by end of March, otherwise, he will demand the event be shifted to the United Arab Emirates (UAE).

“It’s already been decided that if India can’t hold the event it will be shifted to UAE,” Mani said. “Legally and constitutionally it’s our right to participate in the tournament and nobody can remove us from the tournament.”

Mani said on a personal level he has no problems with Sourav Ganguly, who is the president of the Board of Control for Cricket (BCCI) in India.

“If he wants to organise the tournament in India, I have no problems with it too if he can convince every stakeholder. But ICC has backup plans and if they [India] can’t do it, it will be held at an alternative venue.”

The strained political relations between the two nuclear-armed neighbors have prevented the countries from playing in any full bilateral cricketing series since 2007 when Pakistan last toured India.

However, both countries have regularly faced each other in the ICC tournaments.