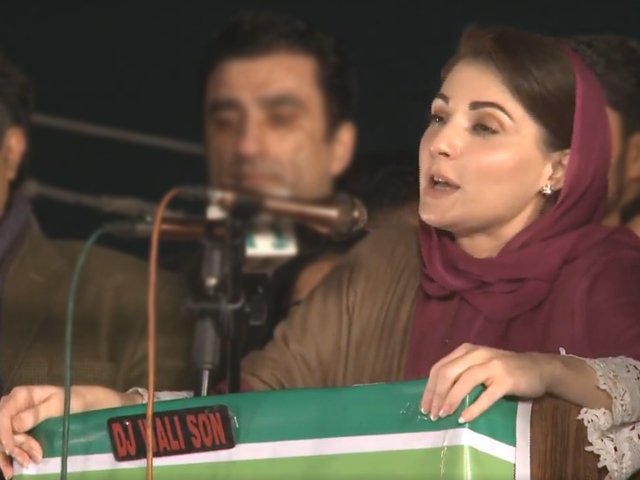 SIALKOT: Pakistan Muslim League-Nawaz (PML-N) Vice President Maryam Nawaz on Twitter shared videos of the supposed rigging of the polls in four different constituencies, purporting that these videos were the proof of the Pakistan Tehreek-e-Insaf (PTI) stealing votes.

“I request the PML-N workers, especially from Daska, Wazirabad and Nowshera that the way they cast their votes with courage and determination amid thuggery by PTI government representatives and police, to display the same resolve and guard their votes,” she wrote soon after polls closed at 5 pm.

“PTI people caught red handed stealing bagfuls of votes by PMLN MPA Adil Chatta and Ataa Tarar. Seal was also broken. Police was a part of the plan to steal votes for PTI,” she wrote on Twitter while sharing a series of videos.

She claimed that rangers were present when the PTI workers were caught “red-handed”.

She congratulated PML-N’s Attaullah Tarar and Adil Chatta while asserting that the presiding officer of the polling station in Wazirabad was captured while running away with bag of votes.

In the end of her series of tweet, she maintained that what happened in the 2018 elections would not be allowed to happen again, referring to the opposition narrative of rigging in the previous general elections.

Citing the unofficial results of PK-63, wherein PML-N won against the PTI, Maryam said on Twitter: “Pti’s stronghold and Pervez Khattak’s home. A lesson for IK. Even in KP, Nawaz Sharif’s bayania is working. Better for IK to accept the people’s verdict and leave”.

The counting of votes is underway in Sialkot, Gujranwala and Kurram. However, Maryam pointed out that the results of NA-75 and PP-51 stopped coming in shortly after the unofficial victory in Nowshera. She termed this a “replay of 2018”.

According to the preliminary results of 36 polling stations of PP-51 constituency in Wazirabad, PTI candidate Chaudhry Muhammad Yousuf is trailinging with 12,311 votes while PML-N candidate Begum Talat Shaukat is leading with 13,107 votes.

As for the NA-75 Daska by-election, Ali Asjad of PTI is trailing with 8,826 votes while Noshin Iftikhar of PML-N is leading with 11,751 votes.