Rifts emerge in PPP, PML-N on strategies to topple govt 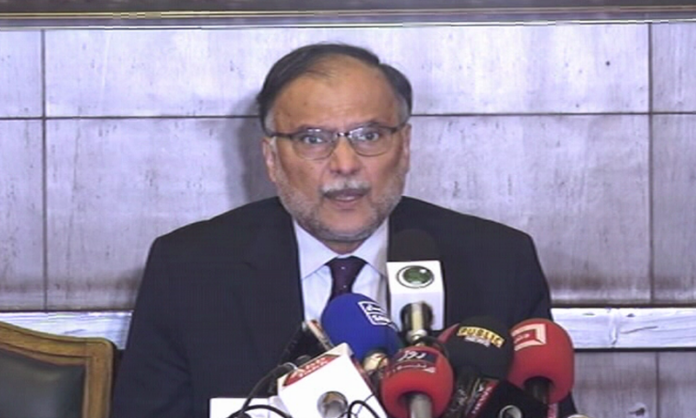 LAHORE: Differences in approach between the Pakistan Peoples Party (PPP) and Pakistan Muslim League-Nawaz (PML-N) to oust the incumbent government have emerged, as the parties are divided over whether to bring an in-house change via no-confidence motion or build pressure outside.

A day after PPP Chairman Bilawal Bhutto Zardari recommended that the opposition should table a no-confidence motion in the parliament, PML-N Secretary General Ahsan Iqbal during a press conference on Saturday said that this is an “old recommendation” and the tactic did not work during the Senate elections. He, however, invited Bilawal to share numbers he may have, which could lead to a successful vote.

The PML-N general secretary said there is “only one way” the opposition must take, and that is a “decisive long march” against the government. He said that March is an ideal month for the march.

Referring to Minister for Interior Sheikh Rashid’s categorisation of the matter as “Panama 2”, he said that the Panama Papers case–that led to the disqualification of former prime minister Nawaz Sharif–was a “fraud” and “so is Broadsheet”. He added the government is “hiding the true facts” behind the Broadsheet scandal.

“If the government is serious about the investigation of Broadsheet, it should have contacted Leader of the Opposition Shehbaz Sharif. Let us investigate it and form a parliamentary commission by consensus,” said the PML-N stalwart.

He criticised the government for appointing “their own man”, who will simply give a “clean chit” and “wipe the issue away”, referring to retired Justice Sheikh Azmat Saeed, who has been named as the head of the government committee probing the Broadsheet scandal.

Also addressing the interior minister’s remarks that Saeed has “read volume 10” of the Joint Investigation Team (JIT) report in the Panama Papers case, Ahsan said, “Whether it is Volume 10 or 20, these are all tall tales–like the Arabian Nights.”

“The nation does not want to read Volume 10. It wants to know why the economy stands at 0.4 per cent from a previous level of 5.80 per cent,” he continued.

On the other hand, PPP Sindh President Nisar Ahmed Khuhro on Saturday said that there are only two ways to get rid of the incumbent government, which are through either tabling no-confidence motion in the parliament or mobilizing masses. “While we are keeping the window for resignations open, we have openly said we are not looking forward to boycotting elections,” the senior party leader said.