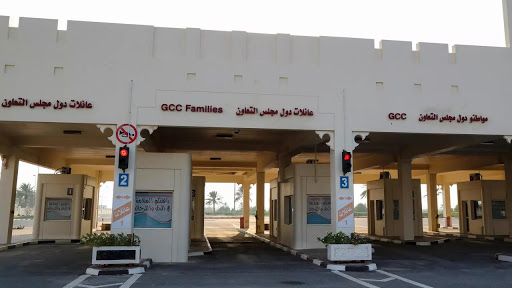 DUBAI: Qatari vehicles crossed into Saudi Arabia through a land border on Saturday for the first time since Arab states severed diplomatic and transport ties with Doha in mid-2017, Saudi state TV said, following a deal this week to restore relations.

“It is good the crisis has been resolved, and the warm welcome we had, and the happiness we see in our brothers,” the driver of the second car to pass through the Abu Samra-Salwa crossing told Ekhbariya TV.

Saudi Arabia on Tuesday announced a US-backed deal to end a bitter dispute with Qatar that saw Riyadh, the United Arab Emirates, Bahrain and Egypt imposed an embargo on Doha over allegations that it supports terrorism and is cosying up to foe Iran. Qatar denies the charges and says the boycott aimed at curtailing its sovereignty.

A UAE official this week said travel and trade links could resume within a week of the deal, but restoring diplomatic ties requires more time as parties work to rebuild trust.

So far no flights have resumed between Qatar and the four Arab states. Qatar Airways on Thursday began re-routing some of its flights through Saudi airspace.

Measures to contain the spread of the new coronavirus are in place on both sides of the Saudi-Qatar land border.

All arrivals into Qatar crossing at Abu Samra must present a negative Covid-19 test, take a new test at the border and quarantine for one week in one of a number of selected hotels, Qatar News Agency said.

WASHINGTON: Democrat Joe Biden will be sworn in as the 46th president of the United States on Wednesday, assuming the helm of a country...
Read more
Top Headlines

WASHINGTON: US President-elect Joe Biden’s nominee to be secretary of state, Antony Blinken, said on Tuesday that he will work to revitalize damaged American...
Read more
World