Educational institutions to reopen in phases from January 18 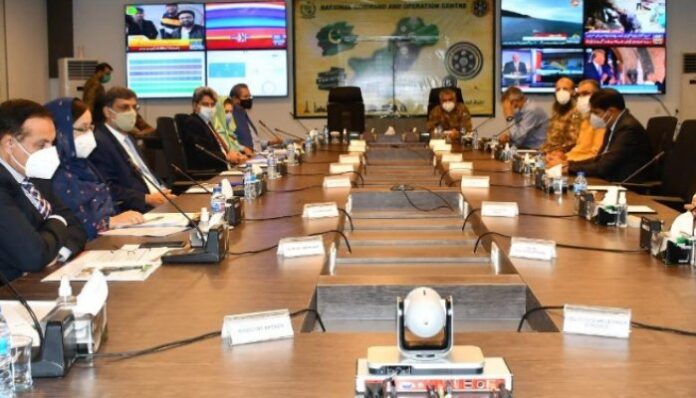 ISLAMABAD: The government on Monday decided to reopen educational institutions in phases from January 18 following a slight fall in the intensity of the second coronavirus wave that led to the nationwide closure in November last.

Addressing a press conference in Islamabad after the meeting, Minister for Education Shafqat Mahmood said that in the first phase, classes from nine to 12 would be allowed to resume from January 18.

In the following phase, classes from one to eight would resume on January 25, he said, adding that all higher educational institutions would resume from February 1.

The education minister said that teachers and administrative staff would be allowed to return to schools from January 11 following the winter vacation period.

Online learning can also be resumed from January 11, he said.

Elaborating on the decisions taken during the meeting, the minister said that board exams which were due to be held in March and April were postponed to May and June because “the children have not completed their coursework and we want to give them time [to prepare].”

He added that the government would review the health situation again on Jan 14 or 15 to “see if the trajectory is under control”.

Meanwhile, Dr Faisal Sultan, special assistant to the prime minister on national health services, said that while all the government’s preventative measures had helped to curb the spread of the second wave, the “largest visible impact” was seen from the closures of educational institutions.

“When we examined the data from the second wave, the closure of schools had the greatest impact on slowing down the spread of the pandemic and giving us time to properly cope with it,” he said.

“However, the second wave is still ongoing,” he stressed, adding the nation “must continue to take care for some more time [to ensure our healthcare infrastructure] doesn’t get overwhelmed”.

We need more clarity on the progress of the second wave before we can take any final decisions on ongoing preventative measures, he said.

Meanwhile, the country on Monday posted 1,895 fresh cases of the coronavirus after conducting 30,139 tests, a positivity ratio of 6.29 per cent.

The total death toll from the pandemic has now reached 10,350, while the number of patients who are in critical condition has been hovering above 2,200 for over two weeks.

In November 2019, the federal government shut the schools and postponed exams to try to curb new infections and a rise in the number of people in hospital with the virus.

Students, including those at higher educational institutions as well as in private schools, were directed to continue classes through distance learning until December 24, when schools went on winter break until January 11.

“All efforts will be made to make sure that education continues from home,” Mahmood said at the time, adding that “if the situation improves” schools would reopen on January 11.

The decision to close schools, officials said, was based on an increase in the rate of positive test results in the country. The rate of people testing positive in June was as high as 23 per cent, but dropped to a low of 1.7 per cent by September.

More than 19 per cent of new cases were from educational institutions, where the rate of positive results had nearly doubled in one week to reach 3.3 per cent, officials said.

Prime Minister Imran Khan has ruled out a wide-ranging lockdown, opting to close down non-essential public gatherings and impose smart quarantines in a bid to keep the fragile economy afloat through the pandemic.

The government previously closed educational institutions between March and September to combat the spread of the virus. State television and radio stations were used to broadcast lessons for students at home for students in government schools.

LAHORE: United Nations agencies are warning that more than 350 million people in the Asia-Pacific region, including in Pakistan, are going hungry as the...
Read more
NATIONAL