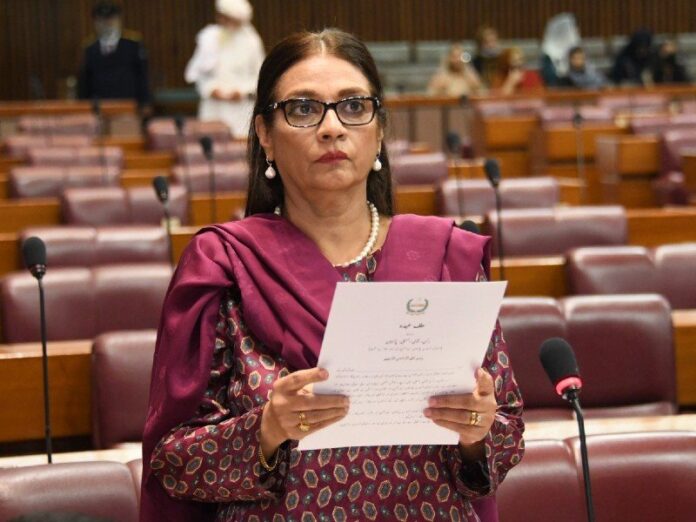 ISLAMABAD: Asia Azeem of the Pakistan Tehreek-e-Insaf (PTI) was sworn in as National Assembly member on reserved seat for women during a session on Friday, replacing Dr Shireen Mazari, whose resignation was accepted by Speaker Raja Pervaiz Ashraf.

Dr Mazari was one of the 123 PTI lawmakers who had resigned from the National Assembly in line with the party policy in April. Mazari, who was elected on a reserved seat for women, was also among the 11 lawmakers whose resignations were accepted by speaker in July.

Azeem took oath as an MNA in defiance of the party policy and had joined the PTI defectors. Speaking on the floor for the first time, Azeem stressed the need for dialogue to find solutions to the problems. “We are not enemies, just political rivals,” she said.

Azeem said that the government alone could not resolve all the problems, therefore, parliament had to find the solutions. She emphasised on the supremacy of parliament. She called for devising a procedure for the appointment of judges.

ISLAMABAD: The government is likely to remove Aamir Khan, Chairman Securities Exchange Commission of Pakistan (SECP) while Akif Saeed is expected to be the...
Read more
NATIONAL

ISLAMABAD: President Dr Arif Alvi on Thursday said the armed forces were committed to performing their mandated functions as per the Constitution, therefore, all...
Read more
- Advertisment -

December 9, 2022
The USA is known as the world's leading democracy country. The question may arise whether the USA considers it its 'right' to inform other...