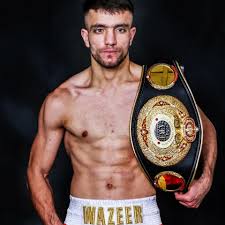 Nicknamed ‘Asian Boy’, Usman is all set to move to the WBO’s welterweight world rankings provided he defeats his 23-year-old opponent.

Already the Asian welterweight champion for the WBA after flooring down hard-hitting Phatiphan Krungklang in June, this year in his hometown in Gilgit-Baltistan, the 22-year-old Usman said he had been undergoing tough training to claim another prestigious title.

“I’ve been training hard for the fight and feel fully fit. I want to make my nation proud but I request my fans back at home to pray for me,” Usman told APP on phone.

“Though it will be the home ground for my opponent, I’m determined to outwit him and clinch the title. I’ve been fighting abroad in the past and don’t feel any sort of pressure, rather I’m waiting anxiously for the bout,” he added.