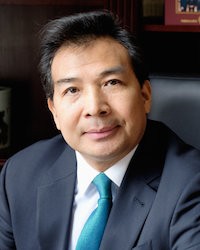 ISLAMABAD: China Saturday announced to add another RMB 300 million to its financial assistance to flood-ravaged Pakistan – taking the tally to RMB 400 million.

Per statement, the announcement was made by Mr. Luo Zhaohui, Chairman of the China International Development Cooperation Agency (CIDCA).

In a tweet on social media platform Twitter, he said, “Highly grateful to H.E. President Xi Jinping for Chinese assistance package of RMB 400 million, up from initial RMB 100 million, for flood victims in Pakistan.”

“This is a reflection of our unique bond of friendship. This support will help provide much needed relief to the people,” he added.

Meanwhile, Chinese Ministry of Foreign Affairs has said that China has been closely following the post-flood situation in Pakistan.
“Since the floods hit Pakistan, China has been closely following the situation. We responded immediately and made every effort to provide relief assistance,” said Foreign Ministry Spokesperson Wang Wenbin.
China will send several batches of urgently-needed supplies to Pakistan successively. Early this week, the latest batch of China’s aid for Pakistani flood victims consisting of 3,000 tents reached Pakistan’s southern port city of Karachi.
According to Wang, following the latest batch of tents, the remaining supplies will be transported to the disaster-stricken areas as soon as possible. Those tents were collected from China’s Sichuan province, which suffered devastating earthquake in 2008.
At the time, Pakistan rushed to China’s assistance and provided unreserved help by sending all its tents in stock to the stricken area, which deeply touched the Chinese people.

The Red Cross Society of China provided USD 300,000 in emergency cash assistance to the Pakistan Red Crescent Society, and launched a handover ceremony in Islamabad this week.

The Chinese enterprises in Pakistan’s southwest Balochistan province donated USD 250,000 on September1 to the flood victims of the province.

“In China, provinces, autonomous regions and municipalities directly under the Central Government are acting in various ways to express sympathy or support to Pakistan.

The China International Development Cooperation Agency has set up a joint working group with Pakistan on the implementation of follow-up cooperation in emergency relief,” said Wang.

Meanwhile, Pakistani Embassy in China is appealing to relevant organizations, enterprises and caring people to raise funds, tents and other necessary relief materials, according to reports.

Going forward, China will continue to provide Pakistan with urgently-needed help and support its disaster relief work,” Wang said. “A friend in need is a friend indeed; true gold can stand the test of fire. I am confident that the Pakistani people will prevail over the floods at an early date and the brotherly bond between China and Pakistan will be further elevated.”?

Over 1,100 people lost their lives and more than 33.04 million people were affected by the floods, according to Pakistan’s National Disaster Management Authority.

Notably, the scale of needs in Pakistan is rising like the flood waters. It requires the world’s collective and prioritised attention, UN Secretary-General Antonio Guterres said on Tuesday, calling on the international community to take urgent, collective action to help the government and people of Pakistan in their hour of need.