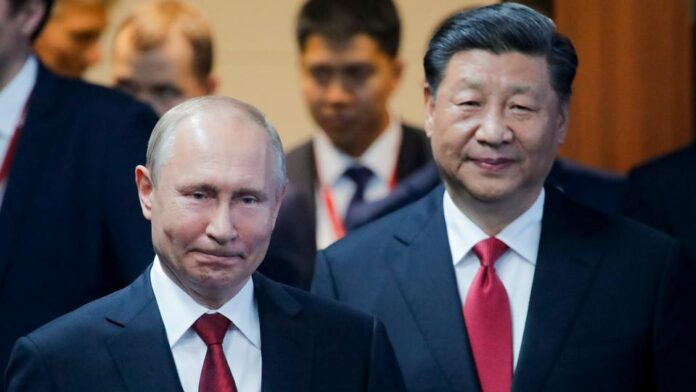 Wang’s comments came after Putin criticized Pelosi’s Taiwan visit as being “a carefully planned provocation” at the 10th Moscow Conference on International Security on Tuesday.

Putin slammed Pelosi’s visit to the Taiwan region, saying it was “not just a trip by a single irresponsible politician, but part of a deliberate, conscious US strategy to destabilize and deteriorate the situation in the region and the world; a brazen display of disrespect for the sovereignty of other countries and for its international obligations. We see this as a carefully planned provocation,” Russian news agency TASS reported.

Putin’s remarks show Russia’s consistent and firm support to China over the Taiwan question with the upholding of the “four no principles,” including no recognition of “Taiwan independence,” no “two Chinas” or “one China, one Taiwan,” and no support for Taiwan’s membership in international organizations which only sovereign states can join, as well as no weapons sale to Taiwan, said Ding Xiaoxing, director of the Institute of Eurasian Studies at the China Institutes of Contemporary International Relations.

Putin accused the US of trying to prolong the conflict in Ukraine in his opening address at Moscow Conference on International Security, saying some Western countries are trying to divert their domestic public’s attention from acute social and economic problems by shifting their own failures onto Russia and China, Tass reported.

Ding told the Global Times that the tensions across the Taiwan Straits are among spotlight topics at Moscow Conference on International Security and China-Russia back-to-back strategic coordination will grow stronger.

“Most countries in the world support China over Pelosi’s highly provocative visit to the island,” Ding noted.

According to Wang, more than 170 countries have spoken up for justice. “They reiterated their one-China commitment and support for China’s efforts to defend national sovereignty and territorial integrity,” Wang said.

“China will continue to work with the international community to safeguard the purposes and principles of the UN Charter and to jointly maintain regional and global peace and stability,” Wang said.

China to send troops to Russia for ‘Vostok’ exercise

Chinese troops will travel to Russia to take part in joint military exercises led by the host and including India, Belarus, Mongolia, Tajikistan and other countries, China’s defence ministry said on Wednesday.

China’s participation in the joint exercises was “unrelated to the current international and regional situation,” the ministry said in a statement.

Last month, Moscow announced plans to hold “Vostok” (East) exercises from Aug 30 to Sept 5, even as it wages a costly war in Ukraine. It said at the time that some foreign forces would participate, without naming them.

Its last such exercises took place in 2018, when China took part for the first time.

China’s defence ministry said its participation in the exercises was part of an ongoing bilateral annual cooperation agreement with Russia.

“The aim is to deepen practical and friendly cooperation with the armies of participating countries, enhance the level of strategic collaboration among the participating parties, and strengthen the ability to respond to various security threats,” the statement said.

Shortly before Russia’s Feb 24 invasion of Ukraine, Beijing and Moscow announced a “no limits” partnership, although US officials say they have not seen China evade US-led sanctions on Russia or provide it with military equipment.

Russia’s eastern military district includes part of Siberia and has its headquarters in Khabarovsk, near the Chinese border.

October 7, 2022
LAHORE: The Lahore High Court ordered the Punjab government on Friday to impose a smog emergency and call for a meeting to take precautions...