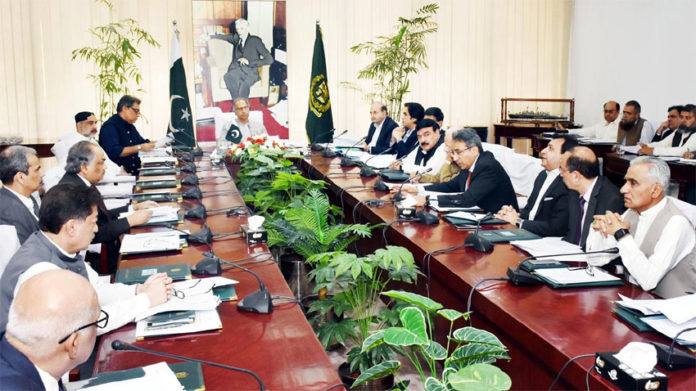 ISLAMABAD: The Economic Coordination Committee (ECC) on Thursday approved the proposal to issue a letter of comfort in favour of Pakistan State Oil (PSO) for raising a loan facility of Rs. 50 billion on urgent basis.

The Ministry of Energy (Petroleum division) presented a summary on syndicated running finance facility for PSO and informed that PSO’s liquidity issues were discussed in the meeting on 31st July,2022 in which it was also discussed to arrange a government guarantee loan to ease out liquidity issues of PSO.

As the issuance of guarantee will take time, the banks have shown their willingness to initiate the process of issuing loan on letter of Comfort.

The ECC approved the proposal to issue a letter of comfort in favour of PSO for raising a loan facility of Rs. 50 billion on urgent basis.

However, Finance Division to divert some other allocated guarantees to PSO without exceeding Rs 105 billion domestic guarantee limit for the 1st quarter of CFY.

Ministry of Aviation submitted a summary regarding issuance of GoP guarantee in favour of National Bank of Pakistan. It was informed that Roosevelt Hotel Corporation (RHC) is owned by Pakistan International Airlines-Investment Limited (PIA-IL).
The hotel business was slow down in USA and around the world due to Covid-19 pandemic. RHC was shut down in December, 2020 to avoid losses.

A committee headed by Deputy Chairman Planning Commission was constituted to look into the financial challenges of RHC.

The ECC on 2nd September 2020, approved GoP support of US$ 142 million on the recommendation of the committee.

In order to remove disparity in the prices of imported and locally manufactured Urea, the ECC approved the proposal that Dealer Transfer price (DTP) of 50 kg imported Urea may be revised upward at Rs. 1805/bag by NFML (exclusive of dealer margin of Rs. 145/bag) for the stocks sold between June 23 to July 25,2022.

Further DTP of remaining stocks held with NFML may further be revised upward to Rs. 2150/bag (exclusive of dealer margin of Rs. 50/bag) with effect from July 26, 2022 onwards.

The ECC further directed to fix the Urea pricing and dealer margin in future with prior approval of the ECC.