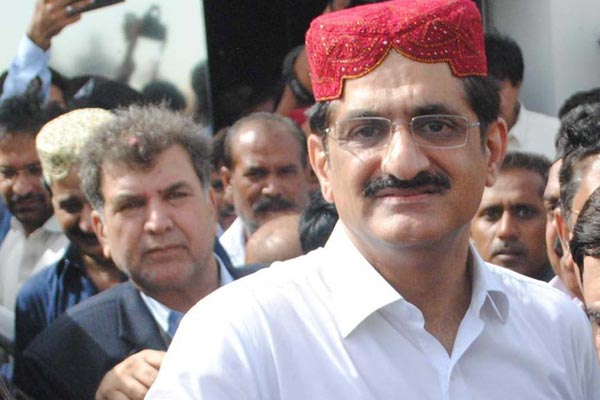 Talking to media persons, he said that the PPP President Asif Ali Zardari was a leading politician of the country who has pursued the politics of reconciliation just to strengthen democracy and bring stability the country.

To a question, Mr Shah said that the unfortunate incident at under construction Shadman Nullah in which a family met with a tragic incident had hurt him. “You know we were faced with natural calamity and in such a situation, people should avoid going out,” he said and added he was not defending the incident, but it was the time to protect the children and other family members by preferring to stay home.

“We, being the heads of our families must protect our families in natural calamities like situation,” he said and expressed sympathy with the aggrieved families.

The chief minister, keeping in view the forecast of heavy downpour, visited different areas of the city, particularly the on-going cleanliness and repair work of storm water drains.

He said that the local bodies of the city have made necessary arrangements and measures for the heavy downpour being told to be received from tomorrow early morning at 5 am.