Student Unions: why or why not?

The past is not very encouraging 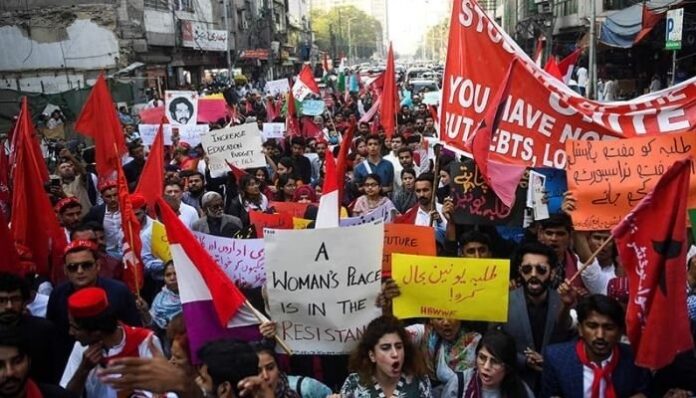 The Sindh Assembly unanimously passed “The Sindh Students Union Bill 2019”, lifting the ban on student unions in all public and private institutions across the province. It will lift the ban on student unions after a 38-year hiatus. The move has been termed historical and is being appreciated by people across the country. However, many have expressed their reservations because of the turbulent past.

Now, the focus has shifted to other provinces that have been called to follow the footsteps of Sindh and lift the ban on student unions.

A resolution has been tabled in the Punjab Assembly for the lifting of the ban and revival of the student unions in the province.

The arguments that come in support of student unions are that student unions democratize the students from the very start and train them for the future by giving them a practical opportunity to be opinionated voters and helpful leaders. and above all it fosters a culture of voter participation. And, have our campuses achieved their goals, in the absence of student unions, to the fullest?

While the arguments that go against the lifting of the ban on student unions are that they destroy the environment of study on campuses by making them a hub of political activities and making ground for political, religious and ethnic parties to enhance their influence in academic institutions. And that educational institutions should be free from these activities.

If student unions can deliver what they are expected to do, there is no harm in lifting the ban. But legalizing student unions will yield no result unless they are subject to rules and regulations and could even further derail our education system

Analyzing both approaches and the past experiences, one can safely say that Pakistan has had enough experience with student unions to carve out a plan to deal with the question of student unions in future.

From sparking an agitation that led to the resignation of Ayub Khan to finally getting banned in the Zia era, the history of student unions serve as a lesson to the policymakers in Pakistan.

The question of legalizing student unions has to be looked at in a way that what it could offer to the youth, society and educational institutions.

Consider the example of youth participation in the electoral process.

It is a matter of grave concern for Pakistan. But student unions can increase political participation in youth, hence solving this problem.

However, can Pakistan simply legalize the student unions to operate freely? Surely not. The past should not be repeated at any cost.

The main purpose of a student union is to solve the problems of students and play a part in the prosperity of the educational Institutions (by aiding the administration) through a culture of cooperation, understanding and collective efforts among the students.

It is also supposed to work for the welfare and prosperity of students, educational institutions and society. and to promote a democratic culture among students through healthy activities.

Student unions act as a watchdog on educational Institutions and bridge the communication gap between students and administration. It transforms group leaders into national leaders and encourages political participation in youth. It can and should develop a culture of acceptance, understanding and tolerance among different social, political, cultural and ethnic groups by ensuring equal opportunities for everyone. As no one is left behind.

It also deals with some important issues like the gender gap, sexual abuse in educational institutions, and infrastructure.

Student unions can deal with this problem by ensuring the equal participation of women both as voters and representatives.

Above all, student unions can play an effective role in preventing the educational institutions from becoming hostages of dominant student groups that have existed despite the ban. It will prevent the campuses from the influence of the groups that maintain their prominence and exercise their influence over the administrative decisions and maintain their hold by not giving the opportunity to other groups and create a disturbing atmosphere in educational institutions. This has been going on in many public sector universities for many years and it has resulted in violence, unrest, and indiscipline.

But unfortunately, history is a witness that the culture of student unions could not prevail in our setup.

Instead, student unions remained involved in the humiliation of teachers, creating indiscipline in institutions, the boycott of classes, roadblocks, protests, unchecked use of union funds, among other things.

Instead of assisting the administration and helping students, student unions played in the hands of ethnic, religious and political groups and parties, creating an unhealthy environment.

In the past, we have seen student unions involved in murders of students, quarrelling, abduction, use of unfair means in examinations, and humiliation of teachers. Even student unions operated with militant wings of their own.

If student unions can deliver what they are expected to do, there is no harm in lifting the ban. But legalizing student unions will yield no result unless they are subject to rules and regulations and could even further derail our education system.