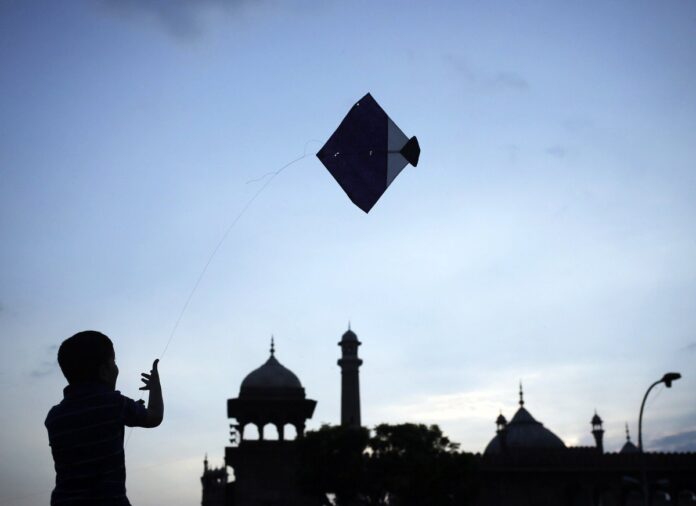 LAHORE: Traders in Lahore have urged authorities to revive Basant, the annual kite flying festival celebrated with the advent of spring.

Before the 2007 ban on kite-flying in the province of Punjab, the walled city of Lahore was known for the festival, due in early February.

People from all walks of life made special arrangements on rooftops and donned yellow – the ultimate symbol of spring. The celebrations included kites flying from dawn to dusk while enjoying loud music and food.

The festival gained more traction over the years, attracting people from all over the world.

But in the pursuit of victory, some kite flyers started using powdered glass or metal on their kite strings, giving themselves a competitive edge.

Once cut, these strings would fall on motorcyclists, residents, or others in the vicinity, slashing their throats.

The deaths caused hue and cry, and the administration banned kite flying altogether. Vendors were also prohibited from selling and manufacturing kites and related paraphernalia. However, sources say, the ban is strictly implemented in Lahore only.

Traders have urged the government to abolish the ban and penalise those who use and manufacture the lethal string.

“We earned a considerable amount of money during a boom in this industry until 2005,” said Muhammad Afzal, a second-generation kite maker who now sells party decorations. “After the ban, we had to look for alternative means of income,” he told Anadolu Agency.

Traders’ representative Agha Abbas Kazmi said that while he has sympathy for the victims, banning the festival entirely, which also contributed to the tourism economy, was not the right decision.

“We are ready to strict action and punishment if someone violates the rules,” Kazmi said, urging for fresh plans to regularize the business and revive the festival.

Khwaja Nadeem Saeed, the president of the Pakistan Kite Flying Association, said before the ban 600,000 families were engaged in the business, with women accounting for 60% of those involved.

Naveed Shehansha, a veteran kite-maker in Mochi Gate of the walled city, once the epicenter of buying and selling kites and related materials, also lamented the government’s decision.

“There were incidents in India as well, but Pakistan took a very drastic action,” he said. “Now foreigners, who came to Lahore, are visiting India to celebrate the festival.”

Both the government and the people are at a loss, he said, adding that they began exporting kites, but it is not as lucrative as in the past.

The provincial government said it may organise a day-long event outside the city, but reviving the festival is not on the cards – for now.

“Human lives are more important to us,” spokesperson Hassan Khawar told Anadolu Agency. “But another option is under consideration: Basant festival at Hiran Minar (a landmark near Lahore)… things, however, have not been finalised yet.”