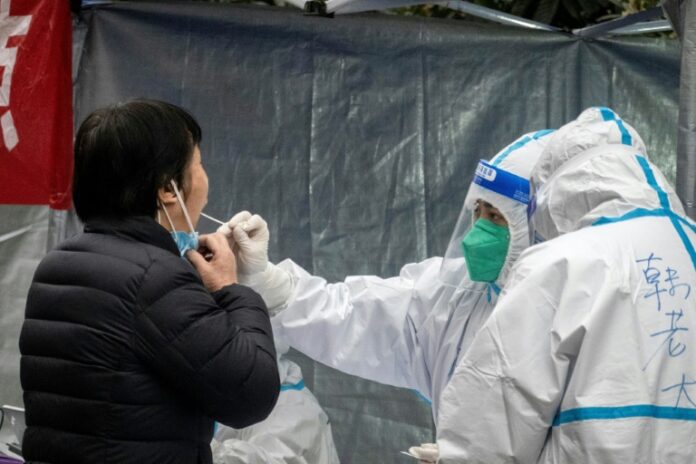 BEIJING: Covid cases in the locked-down Chinese city of Xi’an fell to their lowest in weeks on Wednesday, as officials said an outbreak there had been largely “brought under control” after two weeks of a stay-at-home order.

But other urban hubs where clusters have been detected face restrictions including a new partial lockdown in the city of Zhengzhou.

China has stuck to a rigid approach of stamping out Covid cases when they appear with tight border restrictions and targeted lockdowns since the virus first emerged in the country in late 2019.

But the strategy has come under pressure with a series of recent local outbreaks in different parts of the country, and with less than a month to go until the start of the Beijing Winter Olympics.

Although the reported cases in China are very low compared with elsewhere in the world, infections in recent weeks have reached a high not seen in the country since March 2020.

But they showed signs of easing Wednesday with 91 cases reported Wednesday — including 35 more in Xi’an, the historic city’s lowest tally since mid-December.

Provincial health officials said they were finally getting the spread of the virus under control and have curbed the rapid rise in cases after a strict lockdown and rounds of mass testing for the city’s 13 million inhabitants.

“Although the case number has been high for many days, the rapid rise in Covid spread at community level has been brought under control compared with the early stages of the outbreak,” said Ma Guanghui, deputy director of Shaanxi health commission at a press conference.

“The overall trend of the epidemic is showing a downward trend.”

Four cases were recorded in neighbouring Henan province Wednesday, where authorities have imposed a partial lockdown on the city of Zhengzhou which has recorded two cases and nine asymptomatic infections in recent days.

State media said some 500 close contacts had been traced of the two cases, linked through mahjong rooms and family gatherings.

Eight residential communities were locked down.

On Monday night a million people in Yuzhou city — also in Henan — were put under lockdown after three asymptomatic cases.

Local authorities deemed to have failed in preventing virus outbreaks are often fired or punished, and two senior Communist Party officials in Xi’an have been removed from their posts over their “insufficient rigour in preventing and controlling the outbreak”.

Dozens of officials were punished for their handling of the outbreak.

China will host the Winter Games from February 4, under some of the strictest rules for a mass sporting event since the global pandemic.