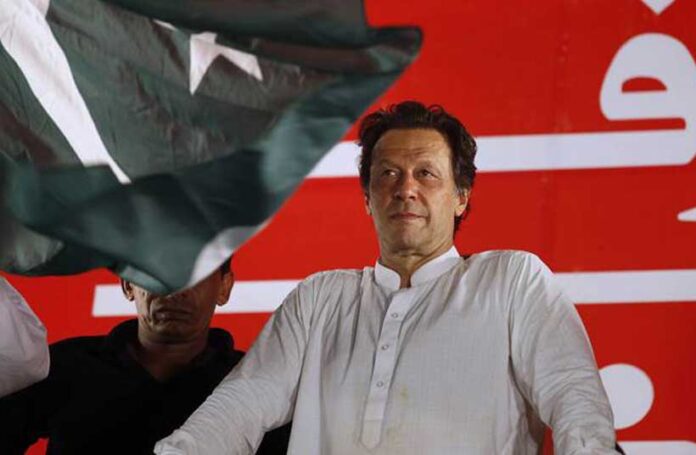 ISLAMABAD: Prime Minister Imran Khan, whose Pakistan Tehreek-i-Insaf (PTI) faced an upset on multiple seats in the first phase of local government elections in the home turf of Khyber Pakhtun­khwa, conceded Tuesday his party “made mistakes” but asserted the ruling party will emerge “stronger” in the second phase.

Provisional results of the first-ever local government elections in the border province following the 2018 merger of tribal districts showed the PTI losing ground to the opposition parties — especially rival Jamiat Ulema-i-Islam-Fazl (JUI-F) that managed to grab 15 seats, the highest, of mayors/chairmen in Sunday’s elections for 63 tehsils.

The results of 39 tehsils declared by the Election Commission of Pakistan (ECP) Monday showed the hardline party also gave a stiff competition in many other tehsils where its candidates stood as runners-up.

In Peshawar alone, the JUI-F stunned the PTI by securing a definitive lead in the contest for the prized office of the city mayor. Its candidate Haji Zubair Ali secured 62,388 votes against 50,659 secured by Rizwan Bangash of PTI.

“Wrong candidate selection was a major cause” of defeat, the prime minister said. He also announced to personally oversee the party’s election strategy in the second phase of elections, and subsequent local government polls across Pakistan.

The voting was postponed in three tehsils — located in Swabi, Bannu and Darra Adam Khel — due to disturbances, including an explosion in Bajaur, purported abduction of polling staff in Bannu, a clash in Karak and a mob attack on the car of Minister for Science and Technology Shibli Faraz in Kohat.

An additional 500 youth and 154 minority candidates were also declared successful.

Stringent security arrangements were adopted. 77,000 policemen and law-enforcement personnel were deployed outside polling stations and booths for the security of voters.

CCTV cameras were installed at sensitive locations and it was prohibited to carry weapons or electronic devices in all polling stations.

676 candidates contested for 65 seats of the city mayor and tehsil chairperson. Pakistan Tehreek-i-Insaf (PTI) is the only party that fielded candidates for all 65 seats.

Every voter was allowed to cast six votes, the colour of the ballot paper was different for different seats, the white ballot paper was used for city mayor/tehsil chairman. Silver colour had been allotted for the general seat of the neighbourhood/village council.

Local government elections in 35 districts were scheduled to be held in two phases.