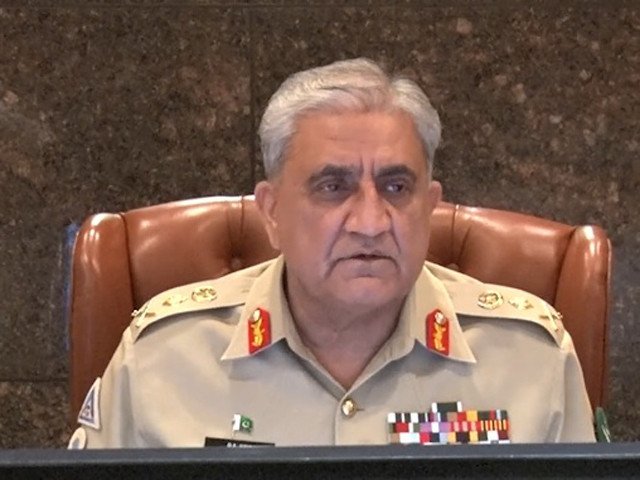 He said this while addressing the participants of 23rd National Security Workshop at General Headquarters (GHQ) in Rawalpindi, according to the Inter-Services Public Relations (ISPR).

The participants were given comprehensive briefing on overall security situation and challenges being faced by Pakistan. Later, the ISPR said, an interactive session was held with the army chief.

“Pakistan has emerged stronger from the war against terrorism as a resilient nation, and now it is our collective responsibility to work wholeheartedly for the progress and prosperity of our nation,” Gen Qamar was quoted as saying.

The COAS emphasised that army was focused on maintaining its operational preparedness and ensuring security of the country against all threats.

National Security Workshop is an annual event held at the National Defence University in Islamabad.

Representatives from all segments of society, including parliamentarians attended the seminar, said the official statement.

Last week, the top military leadership, including COAS Gen Qamar and Director General of Inter-Services Intelligence (ISI) Lt Gen Faiz Hameed briefed lawmakers of the Senate and the National Assembly on matters pertaining to national security, foreign affairs, as well as internal and external challenges faced by the county.

An official statement released after the meeting stated that the Parliamentary Committee on National Security met under the chairmanship of National Assembly Speaker Asad Qaiser at the Parliament House.

National parliamentary and political leadership, members of the National Assembly and Senate, provincial leadership, the Azad Jammu and Kashmir (AJK) prime minister and military leadership participated in the meeting.

The statement added that the participants were comprehensively briefed about matters pertaining to national security, foreign affairs, and internal and external challenges faced by county. They were also briefed about regional and political challenges, especially the situation in Indian Illegally Occupied Jummu and Kashmir (IIOJK) and Afghanistan.