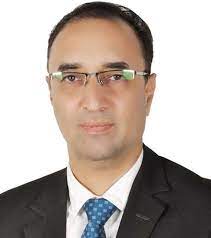 Ershad Mahmud is a keen observer of the Kashmir affairs and a native of Rawalakot, Azad Jammu Kashmir. He attended series of national and international conferences on Kashmir issue both at home and abroad besides participating hundreds of talk shows on media.

Ershad Mahmud is also presently holding key slot – as Executive Director of the world-fame Kashmiri think tank – Center for Peace, Development and Reforms (CPDR) which managed series of the intra-Kashmir summits with prime focus to move ahead for lasting peace in South Asia through the peaceful settlement of Kashmir issue.