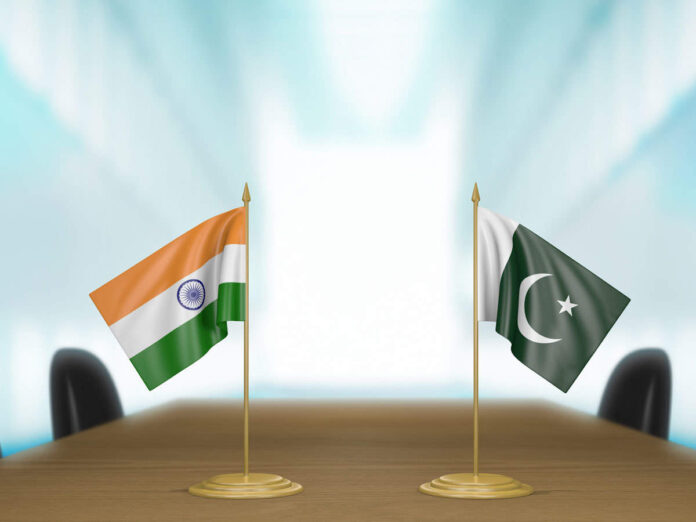 ANKARA: Describing the challenge posed by China as the most significant issue in the country’s external security policies in the coming decade, India’s top eight strategic brains have asked Prime Minister Narendra Modi-led government to work with regional powers like Turkey and Iran.

In a policy paper entitled India’s Path to Power: Strategy in a World Adrift, the strategic experts including former national security adviser Shiv Shankar Menon and former foreign secretary Shyam Saran, among others, have also urged the government to stay away from some of the concerns it has with Turkey and Iran for the sake of overall benefit.

“If crafting a continental geopolitical strategy implies setting aside some of our erstwhile concerns – say, Turkey’s relations with Pakistan – then we must be prepared to do so,” said the paper, released by the Centre for Policy Research (CPR), India’s leading public policy think tank.

The group of experts had started drafting the paper in May 2020 and after meeting at intervals completed it in September 2021.

The group, which also included noted historians like Sunil Khilnani and Srinath Raghavan, besides top economist Ajit Ranade, asked the government to embark on a more active pursuit of land routes to Afghanistan and Central Asia, through Iran and possibly Turkey.

“This quest is crucial not only for India’s integration with the region but also to craft a continental response to China’s growing strategic footprint in Central Asia – an essential counterpoint to India’s actions in the maritime domain,” said the experts.

Maintaining that India’s ability to sustain a liberal democratic polity at home will be crucial in its ability and credibility to pose itself as a countervailing power to China, the policy paper said democratic values and human rights will retain their salience and significance – as evidenced by the current framing of the US-China competition.

“Political polarisation and majoritarianism will lead to a more diminished India – one that may struggle to meet the challenges and opportunities that lie in the decade ahead,” the experts wrote, referring to violent communal incidents being reported from various parts of the country.

About India’s neighbourhood, the paper said there is danger of India getting isolated in the region for the first time since independence.

The experts said engagement with Bangladesh is now being undermined by domestic political stances, and in Nepal, the expectation that a shared Hindu heritage will help overcome its potent anxieties has been thoroughly belied.

“If this trend of subordinating foreign policy to domestic political compulsions continues, India will find itself more isolated and challenged than at any time since Independence,” read the paper.

The authors also called for effectively managing relations with Pakistan with the resumption of dialogue, promoting economic and cultural links, and reviving a process of confidence-building.

“A limited engagement and improvement of relations with India may suit their (Pakistan’s) interests too. Therefore, as long as our objectives of policy towards Pakistan are modest, resumption of dialogue and a gradual revival of trade, transport, and other links are worth pursuing,” the paper said.

But the experts warned that such an approach will be impossible to sustain if Pakistan remained a domestic factor in India – entwined with the growing salience of majoritarian, communal politics.

The political leadership will have to make a conscious and deliberate effort to avoid succumbing to the temptation of using ties with Pakistan for domestic political purposes. They said avoiding engagement with Pakistan has not even helped manage the security concerns.

“It is important that we acknowledge the perverse impact of domestic political and ideological factors that are driving our foreign policy. We have seen this in our relations with Pakistan and, to some extent, with Nepal and Bangladesh. This trend needs to be arrested and reversed,” the policy paper stated.

The experts also lamented India for holding back the South Asian Association for Regional Cooperation (Saarc) in a bid to isolate Pakistan. This has led to less than 7% of overall trade and just 3% of investment that comes from within the region.

“If New Delhi continues to spurn Saarc, there is a distinct danger that other countries may remain committed to it and move ahead without India. This could open the door for China being invited to join a SAARC without the presence of India – a development that will reinforce Chinese penetration in South Asia.”

Stating that while India will be valued as a significant partner in maintaining a measure of balance in Asia, the US and China’s phases of detente and cooperation on some global issues will limit New Delhi’s ability to leverage.

Reminding that the global economy’s centre of gravity is shifting from the trans-Atlantic to the trans-Pacific, authors believed that geopolitical changes and transformations are loaded with risks as well as spaces for emerging countries like India to expand their strategic autonomy.

Recommending India to re-join the Regional Comprehensive Economic Partnership (Rcep) – a free trade agreement among the Asia-Pacific nations, and seek membership in the Asia-Pacific Economic Conference (Apec), the experts said the prospects for India-US cooperation will remain limited by the increasing inwards turn in both countries.