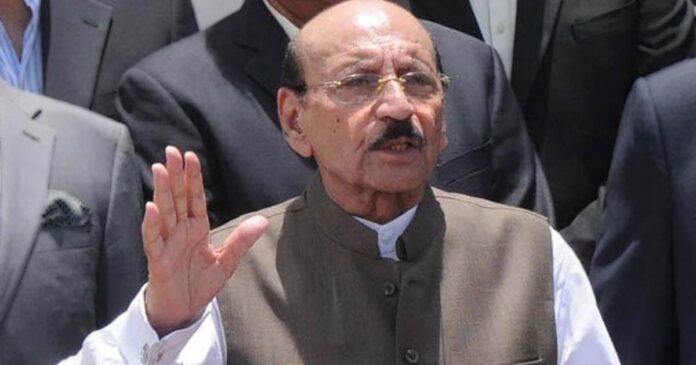 The Sindh High Court on Tuesday disposed of the application against Shah after the investigating officer recorded his statement in the court, giving clean chit to the former.

Shah was accused of misusing his authority while allotting government lands. The NAB officer told the court that the agency could not find anything against him.

The former chief minister is also facing charges of corruption in the Roshan Sindh project initiated by the provincial government for the installation of solar streetlights across the province.

Shah had won seven of eight general elections he contested, becoming a lawmaker six times, and an MP and Senator once.

Shah completed his second term as Chief Minister in March 2013. He was once again, for a third time, elected to the office of chief minister of Sindh after the 2013 elections.

In July 2016, the PPP decided to replace him with Murad Ali Shah as the provincial chief executive.

KARACHI: Federal Minister for Information Technology (IT) and Telecom Syed Amin-Ul-Haq said that the establishment of the Animation Center of Excellence was essential as...
Read more
KARACHI