SDGs and the global reset 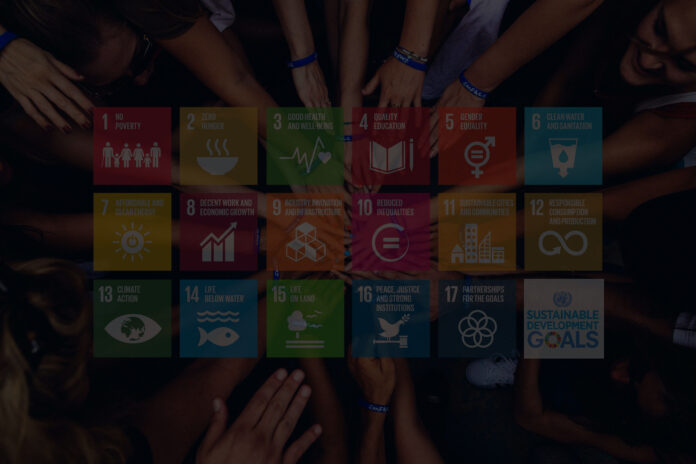 We are living in the age of global development agendas where socio-economic convergence of developed and developing countries is looked at through the lens of SDGs (Sustainable Development Goals) and MDGs (Millenium Development Goals). However, the pandemic acted as a global reset and a structural break that not only slowed down growth process but also calls for revision of the SDGs in the light of the change in economic indicators the pandemic has brought about. Pakistan holds the 134th position on the SDG index of 157 countries compared with Bangladesh’s 109th and India’s 117th position.

As per estimates, Pakistan needs to allocate 10 percent of its GDP per annum to realize the SDGs. However, despite the release of initial funds of Rs 594 million for Sindh, Rs 600 million for KP, Rs 500 million for Balochistan and ample resources being made available for Punjab under NFC, PSDP and PMSDGP, these funds largely remained unallocated.

Aggravating the situation further, the pandemic largely switched national priorities from development to health care and maintenance. Since there does not exist any data to categorize economic indicators in the light of SDGs, measuring their progress is difficult. Therefore, given below is the list of SDGs with their progress reflected through certain available proxies.

The SDG units established across Pakistan should be supported by their provincial counterparts to accelerate development. The implementation of SDGs requires an integrated approach that simultaneously incorporates social, economic and environmental dimensions of development alongside managing their inter-linkages. Additionally, in order to create momentum for the SDGs goals, there is a need to strengthen the national data sources so as to guide and launch corrective public policy measures

No poverty (SDG-1):60 percent of the population of Pakistan earned around $3 per day in 2019 and the country was able to reduce poverty by 40 percent in the last two decades. However, the pandemic is projected to bring a reversal in these statistics by pushing 40 percent of the Pakistanis below the poverty line (UNICEF).

Zero hunger (SDG-2): 40 million people of the country were suffering from food insecurity in 2019 whereas the pandemic has increased this figure to 42.25 million people.

Good health and wellbeing (SDG-3): There are only 1279 hospitals in Pakistan where 4.2 million new births take place annually and one out of every 10 infants die each year before reaching the age of five. Despite this abysmal state of health care facilities, the country has been very fortunate to survive the pandemic. The number of confirmed covid-19 cases is less than other countries, even developed ones.

Quality Education (SDG-4): 35 percent of the children attending school attain minimum learning proficiency by age 10 (ASER) which means only a small proportion of children learn the basics of what is taught in early grades. The unexpected switch of classroom teaching into online teaching, as a consequence of the pandemic, has made both teachers and students to face technical glitches in conducting online classes, consequently multiplying the learning loss manifold.

Gender equality (SDG-5): The pandemic has widened the gender gap by 0.7 percent and the country has been declared as  the sixth most dangerous country in the world for women.

Clean water and sanitation (SDG-6): Nearly 40 percent of the population of Pakistan is deprived of clean drinking water and the country is projected to face acute water scarcity by 2025 and absolute water scarcity by 2040. Furthermore, 10 percent of the population lacks access to toilets, 22 million people are living without basic sanitation and 70 percent of the households drink contaminated water because of which 53,000 children under age five die of diarrhea each year. Approximately 60 million people are at risk of being affected by high concentrations of arsenic in drinking water which is considered as the biggest mass poisoning in the history (Guglielmi 2017).In other words, more people are dying because of contaminated water than of covid-19.

Affordable and clean energy (SDG-7): 99 percent of the population had access to electricity in 2016 compared to 59 percent in 1990 but the country still experiences load shedding for six to eight hours daily. As a result, 66.7 percent of businessmen report electricity shortage as the major factor slowing down their production process. The energy supply remained almost unaffected during the pandemic. However, the prices are constantly rising since the outbreak of the pandemic.

Industry, innovation and infrastructure (SDG-9): A growth rate of 3.57 percent is observed in the industrial sector of Pakistan in 2021 compared with -3.77 percent in 2020.

Reduced inequalities (SDG-10): The income share of the top One Percent of Pakistan was 30.2 percent in 2019 and they were enjoying privileges equivalent to 7 percent of GDP (NHDR, 2020).Moreover, the overall share of richest income quintile was 37.2 percent as opposed to 14.2 percent of the poorest quintile. The pandemic has further reduced average income by 42 percent which presents evidence of a further increase in inequality.

Sustainable cities and communities (SDG-11): The construction sector witnessed a growth of 8.7 percent in 2021 compared with 2.4 percent growth in 2017.

Climate action (SDG-13): Nine cities of Pakistan were listed in the world’s 250 most polluted cities in 2019. The pandemic did not bring any reduction in the pollution index, rather Pakistan was declared the world’s second most polluted country in the world in 2020 in terms of air and water pollution. As per WHO estimates, 200 deaths per 100,000 population annually are attributed to environmental factors in Pakistan. These deaths are way more in number than those caused by the pandemic.

Life below water (SDG-14): Estimates show that 40 to 45 tons of fish die each year because of polluted water. Moreover, industrial waste flows to the sea via the Lyari River in Karachi and there is no accountability on that.

Life on land (SDG-15): As per estimates, only 5.7 percent of the land of Pakistan is covered with forests which should ideally have been 8 percent to 10 percent. This has not only led to extinction of various species of birds and animals, but has also exposed human beings to natural threats such as flooding, land sliding and degradation, soil erosion, desertification.

The SDG units established across Pakistan should be supported by their provincial counterparts to accelerate development. The implementation of SDGs requires an integrated approach that simultaneously incorporates social, economic and environmental dimensions of development alongside managing their inter-linkages. Additionally, in order to create momentum for the SDGs goals, there is a need to strengthen the national data sources so as to guide and launch corrective public policy measures.

Mishal- e-Noor
The writer is a freelance columnist