China and Pakistan: A Friendship Beyond Strategy

A traditional friendshi gains importance in the new cold war 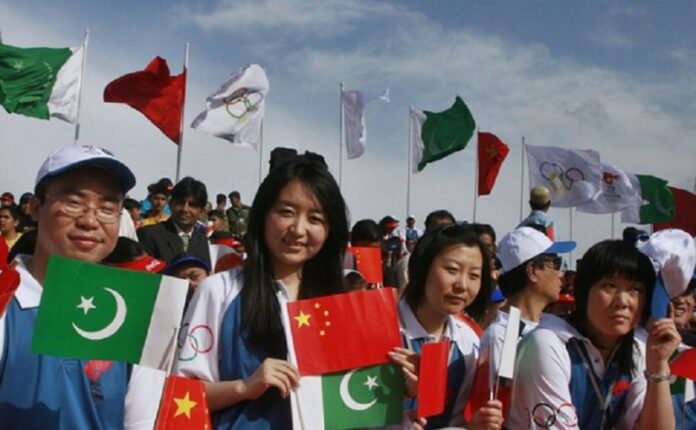 In today’s context the relationship between China and Pakistan has reached the stage of natural friendship and has surpassed all boundaries of formal linkages, found normally between two countries of the region or the globe. While Pakistan sees China as a potential safety against the Indian threat and a persistent supporter on Kashmir regionally and at global fora, Beijing views Pakistan as a gateway to the region, the Atlantic and the Indian Oceans, and also desires to use it as an economic and military corridor to reach the Middle East and Africa. In between the decades of diplomatic relations between the two since 1950, the People’s Republic of China has registered a tremendous growth in all sectors but especially in the economy, which is the second largest economy of the world and very closely chasing the USA, which it is likely to overtake in less than a decade.

On the other hand, Russia’s understandings with China and Pakistan are also advancing, if not openly, against the Quad— a five -member alliance of maritime democratic states— the USA, Japan, Australia, India and South Africa, formed in 2007 against Chinese hegemony at a regional level in the Indian Ocean, South China Sea and to check any attempt to be a competitor of the USA, which has taken a rebirth after a decade of sleep, in 2017 on the initiation of the Japanese Prime Minister and which very recently concluded a summit via video conferencing on 12 March 2021. Now, the working of Quad has been symbolised as the anti-China front, meant to erect hindrances in Beijing’s growth and development. Thus, two rival groups have emerged, one led by the USA of Quad countries, while the other is piloted by China supported by Pakistan and Russia. In this new cold war the  US and the China are the two frontal states, trying to mobilise the maximum states they can in their favour.

According to surveys conducted in 2010, 2013 and thereafter, 80 to 90 percent of Pakistani people favoured China in place of the USA and a common quotation often referred to China-Pakistan friendship is, ‘ A Friendship Higher than the Height of Himalayas and deeper than the depth of the Arabian Sea’ and thus, in today’s context, Pakistan’s dependence on Western countries, especially the USA is lessening and heavily tilting to Beijing

At the time Pakistan was created as a result of the division of the Indian Subcontinent in 1947, in world politics it was the phase of Cold War between the two superpowers of the time, the USA and the USSR, which started just after the end of World War II in 1945, while the Communist Party of China two years after Partition, on 1st October 1949, finally defeating its rivals, assumed power in Beijing. Pakistan and China set up their diplomatic relations on 21 May 1950 and maintained normal political, economic and defence relations for years and decades. As a mark of good understanding they resolved boundary issues in 1963,  and formed strategic relations in 1972 after the creation of Bangladesh and enhanced economic co-operation in 1979. Over the years, China has become Pakistan’s largest suppliers of arms and its third-largest trading partner. Earlier, when China exploded the first nuclear bomb of the region in 1964, and in response, India exiled its own in 1974, this part of the globe became fully nuclearised and from here initiated nuclear understanding between China and Pakistan.

Although for a long time Pakistan remained associated with the USA through different treaties, such as SEATO and CENTO, and got immense help in the form of aid and armaments from the USA, its relations with it declined with the disintegration of the USSR and consequently the launch of the US war against the terrorists in Afghanistan. In the context Pakistan’s increasing relations with China and India’s growing understandings with the USA  might be a potential factor that can be ignored or overlooked.

Gradually, while Chinese rivalry with the USA increased, the former approached near Pakistan and with New Delhi distanced from both Islamabad as well as Beijing paving the way for clear cut polarization in the region and at the global level and things began to go from bad to worse. In a nutshell, it makes no difference for China who rules Pakistan, a military dictator or an elected government. Beijing always remained ready for Islamabad like a great power and defended its interests in the region and beyond despite New Delhi’s reservations on several counts.

Supporting each other on critical issues— China on Pakistan’s claim to Jammu and Kashmir and Islamabad’s unconditional backing to Beijing on Xinjiang, Tibet and Taiwan— multiplied their mutual understanding and interest as well. These ever-growing beneficial relations between the two paved the way for heavy and substantial Chinese investment in Pakistan. China has always been a major trade partner and has given its co-operation in the field of military and technological transactions for the development of Pakistan’s economy and infrastructure. However, the biggest of all investments done was under the Belt and Road Initiative (BRI) scheme of China which started works on the China-Pakistan Economic Corridor (CPEC) which has completely changed the whole situation.

Now it will connect China with Pakistan and the Central Asian countries with a highway connecting Kashgar to Khunjerab and Gwadar Port in Southern Pakistan, from where Pakistan will serve as a trade node, and reduce the distance and Chinese cost in transportation through the Persian Gulf. In addition, under the plan of BRI, Beijing will invest a huge amount in textiles and garments, cement and building materials, fertilizers, agricultural technology, industrial parks and special economic zones.

This close relationship, which includes a deep understanding on regional and global matters between China and Pakistan cast a long dark shadow on world politics and polarisation of nations in favour and against. The support that China and Pakistan give each other is considered significant in global diplomacy and has been compared to Israel-USA relations and Russia-Serbia relations. Over the years and decades China has not only been successful in strengthening its relations with Pakistan, but has also gained the wide support of Pakistani people in comparison to the USA. According to surveys conducted in 2010, 2013 and thereafter, 80 to 90 percent of Pakistani people favoured China in place of the USA and a common quotation often referred to China-Pakistan friendship is, ‘ A Friendship Higher than the Height of Himalayas and deeper than the depth of the Arabian Sea’ and thus, in today’s context, Pakistan’s dependence on Western countries, especially the USA is lessening and heavily tilting to Beijing, ending the regional peace, causing instability and utting security at stake in coming years.