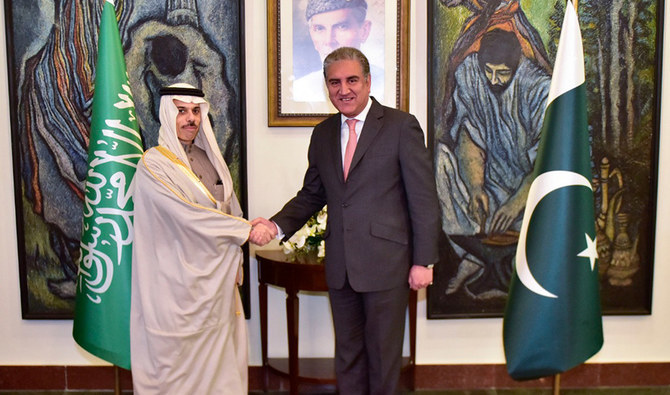 ISLAMABAD/RIYADH: Pakistan and Saudi Arabia expressed “serious concern” about violence in Jerusalem on Friday as Israeli police again cracked down on protesters rallying against the forced expulsions of Palestinian families from the occupied East Jerusalem neighbourhood of Sheikh Jarrah.

Israel’s ongoing heavy bombardment of Gaza has caused extensive damage to residential buildings and according to UN estimates, 10,000 Palestinians have been forced to leave their homes in Gaza “due to the ongoing hostilities” during an Israeli offensive.

At least 132 Palestinians, including 32 children and 21 women have been killed, and more than 950 injured during the offensive.

“The Israeli acts defied all norms of humanity and international law,” the statement added.

He also recalled a joint Saudi-Pakistan statement issued during the recent visit of the Prime Minister to the Kingdom that, inter alia, included the two governments’ shared perspective on the burning dispute.

“The foreign minister reaffirmed Pakistan’s full support for the legitimate rights of the Palestinian people, especially their right to self-determination and establishment of their independent state with pre-1967 borders and East Jerusalem as its capital, in accordance with the Arab Peace Initiative and relevant UN resolutions,” the statement said.

Al-Saud, in turn, also expressed his reservations on the “serious developments in Palestine” and briefed Qureshi on the initiatives being taken by Riyadh to address the situation.

Qureshi welcomed the initiative to convene an emergency meeting of the OIC Executive Committee on Sunday. He also assured Al-Saud of Islamabad’s unequivocal support for the cause.

Expressing gratitude for the hospitality extended during Imran’s recent visit, Qureshi apprised his counterpart of the post-visit conversation between the prime minister and Saudi King Salman bin Abdulaziz Al-Saud, during which the two leaders also conferred on the situation in Palestine and the need for measures to address it.

The two diplomats also agreed to continue close consultations and coordination on the evolving situation in the region.

Large protests were held in solidarity with Palestinians in Pakistan and around the world, including in London and New York.

On Friday, hundreds took to streets in Lahore and Multan to express solidarity with Palestine and urge the international community to take notice of the situation in the occupied territory.

In London, demonstrators gathered outside 10 Downing Street, the residence of Prime Minister Boris Johnson, earlier this week against an Israeli court ruling to evict Palestinian families from their homes in Sheikh Jarrah neighborhood in east Jerusalem.

The ruling was however delayed after the attorney general requested more time, in part because of the tensions the case has stirred.

Hundreds of protesters marched through the streets of midtown Manhattan in New York City decrying Israel.

The march, billed as an “Emergency Rally for Palestine,” brought throngs of demonstrators to the Israeli Consulate, where they waved flags and carried banners calling to “Abolish the Settler State.” The event marked the largest demonstration for Palestinian solidarity in recent memory.

Itay Milner, a spokesperson for the mission, said that the building was evacuated ahead of the protest, which he described as “disturbing” and “fueled by misinformation” about Israel.