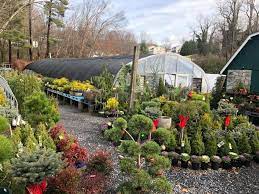 The restoration of the local bodies in the Punjab brought into focus one of the basic differences between the military and the politicians, and the one point of divergence between the PTI and previous military regimes. Military regimes have viewed local bodies as an ally, and under Zia as a sort of substitute for national and provincial politicians. However, political regimes have regarded them as a sort of rival. The assembly members providing the regimes have disliked local bodies as absorbing development funds they would have preferred to spend, with the result that government found them adding to the complexity of  managing the members.

The Ayub Martial Law introduced the concept of Basic Democrats, making the local body representatives the Electoral College for the provincial and national assemblies, as well as the Presidency. This meant making the system an indirect democracy, but it also meant that it was easier to manage electoral results.

The Yahya Martial Law saw no local body elections. The national and provincial elections led to the creation of Bangladesh, and the handover of power to the PPP. The PPP did not hold local body elections, and used the positions of administrators of various local bodies as patronage for party stalwarts. The reluctance of the PPP to have elected local bodies is instructive, for starting with the party leader Zulfikar Ali Bhutto, many of its leading lights had gained political experience in the Ayub era. However, they do not seem to have learnt any affection for local bodies from that experience.

The Zia Martial Law saw the local bodies first made to substitute for some time for national provincial assemblies, and then substitute as a grassroots party organisation for the party Zia made for himself. Zia had promised ‘elections in 90 days’ when he took over back in 1977, but did not fulfill his promise, and then he announced elections in October 1979, and then reneged on that. Well, his supporters said he did not renege, for his held local body elections, and tried to use them instead; being greeted by the local Mayor on arrival at a provincial capital, instead of the CM protocol mandated. These elections were partyless.

Elections were held again in 1983, and only then were provincial and national assemblies held, on partyless basis. The parties in the Movement to Restore Democracy boycotted the election, something which many regret even now, because it opened the road for carpetbaggers. One group which benefited was local councillors. More than 100 made it to the Punjab Assembly, for example, and though Mian Nawaz Sharif had never been one, Ghulam Haider Wyne, the Punjab General Secretary of the PML and a member of his Cabinet, was vice-chairman of his municipal council, while Speaker Manzoor Wattoo was chairman of his Okara district council.

The PTI upheld that narrative out of power, by saying that it wanted stronger local bodies. However, in office, it has resisted this, because it realises that local bodies are now controlled by the PML(N), and its ability to use them as a feeder for itself is thereby limited

The Punjab Chief Ministry has only once been filled, by the late Arif Nakai, by someone without a local body connection. Wyne and Wattoo were Nawaz’s successors. Then came Shahbaz Sharif, whose introduction to politics was as President of the Lahore Metropolitan PML. More closely connected was Ch Pervez Elahi, who had been Chairman of his Gujrat district council, as well as Local Government Minister from 1985 to 1993. Even Dost Mohammad Khosa, who was Chief Minister for a few weeks while Shahbaz Sharif found a seat in 2008, became Local Government Minister afterwards. He had previously been Naib District Nazim of Dera Ghazi Khan. The present incumbent, Usman Buzdar, took office after having been tehsil nazim of Taunsa Tehsil of the same Dera Ghazi Khan district.

It was in the first Nawaz tenure that the ruling party took over the local bodies, converting them into a kind of grassroots organisation. There had been a local body election just a year before the 1988 election, and ticket aspirants made it a practise of taking long councillors of all tiers from their constituency to show their support.

It is significant that the ruling party had no ideology. Thus it did not matter who was chosen, so long as he had local support. This is the ‘electable’ strategy which the PTI has followed, and which has also ensured that it is devoid of ideological content, and which ended the PPP continuing to be an ideological party. The strength of ideology is such that the PPP is still given credit for being one. However, the PTI has never aspired to being one, perhaps reflecting the difference between the founder of the PPP and that of the PTI.

It has been noticeable that the PML(N) has been the only party to conduct local elections. When the Wattoo government took office in 1993, it had to deal with local bodies that had been elected in 1992. It dissolved them, only for them to be restored, and then dissolved again.

The Musharraf Martial Law showed not just an enthusiasm for local bodies,but also worked extensively on devolution. The local bodies it established were empowered, so that a number of departments were devolved, and Deputy Commissioners were redesignated District Coordination Officers. Many of the powers of DCs were given to District Nazims, who were elected, as were Tehsil Nazims.

The idea was that there would be no reversal, because the public would want to keep it. This proved over-optimistic, not least because the provincial finance commissions were not operationalised, which were supposed to fix the shares of the various districts much as the shares of the provinces were fixed by the National Finance Commission. The provinces reverted back to the traditional commmissionerate system. Apart from the ability of the chief ministers  to transfer provincial officials, it also enabled him to control the heads of district administrations, who were not elected, but selected by him. It is noticeable that there was no partisan division on the issue. The PTI government in KP was as careful to return to the old system as the PML(N) in Punjab or the PPP in Sindh.

The Election Commission of Pakistan conducted local body elections in 2015, and provinces are now having polls falling due. The problem is that of delimitations, which have to be according to the latest census..That was conducted in 2017, but its results have not been published yet in the official Gazette. That means the delimitations cannot be carried out. The 2018 elections, held on the basis of fresh delimitations based on the provisional census results were a one-time exception, and the next national elections cannot be held on that basis.

The main hurdle to census results publication is the claim by some, including the MQM that is a government coalition partner wants a recount in a proportion of polling blocks, because the original census undercounted the Muhajir population.

The PTI upheld that narrative out of power, by saying that it wanted stronger local bodies. However, in office, it has resisted this, because it realises that local bodies are now controlled by the PML(N), and its ability to use them as a feeder for itself is thereby limited.