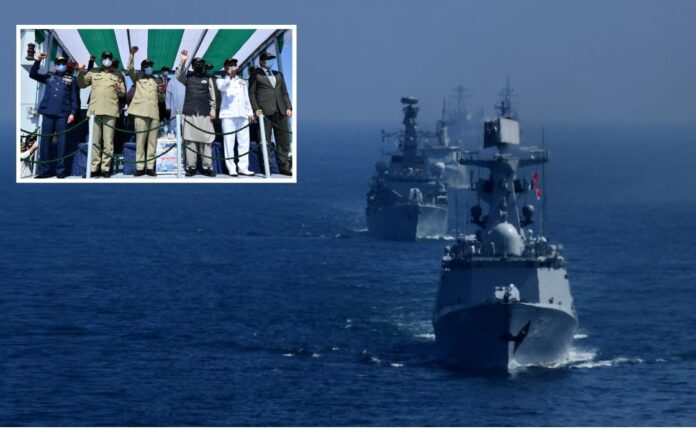 KARACHI: The Pakistan Navy’s Multinational Maritime Exercise Aman-21 concluded on Tuesday with a “graceful conduct” of the International Fleet Review (IFR), a press release by the military’s media wing said.

Several operational manoeuvres and drills were held during the IFR, which also features an “impressive fly past” by the Pakistan Navy, Pakistan Air Force as well as participating foreign aircraft, followed by man and cheer-ship by participating ships.

The exercise came to an end with ships of Pakistan Navy and participating countries forming the traditional Aman formation “to signify unity and collective resolve”.

President Alvi congratulated the Navy on hosting another successful Aman event, reaffirming the country’s “resolve for promoting peace and security”. He also thanked the participating naval forces for “displaying their commitment to collaborative maritime security despite Covid-19 pandemic”. He expressed the hope that the Aman exercise will pave the way to regional peace and security “with combined efforts by all stakeholders”.

Aman Exercise is one of Pakistan Navy’s mega-events that is held biennially to signify the commitment towards making the seas safer for positive human activities by inviting regional and extra-regional navies for joint exercises.

As many as 45 countries participated in the Aman exercise this year with their warships, aircrafts and special operation forces. The event also attracted a huge number of spectators.