Twitter authorities would ensure freedom of speech to all and voices of minorities would never be silenced, says the regional head 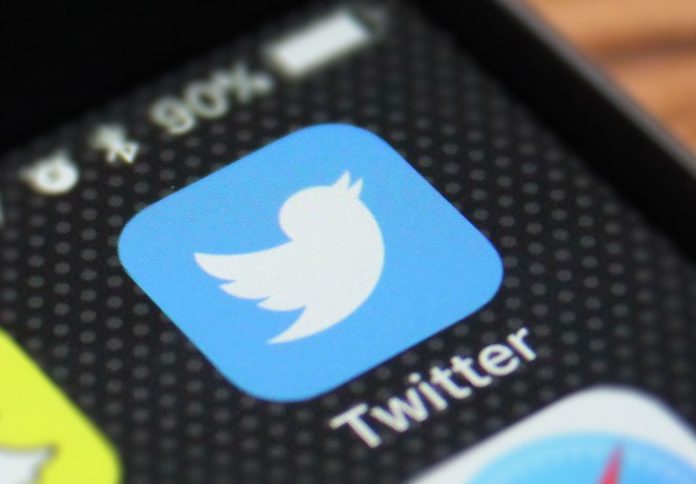 ISLAMABAD: The Parliamentary Committee on Kashmir on Tuesday grilled the regional head of social media platform, Twitter, for silencing voices of thousands of Kashmiri and Pakistani activists projecting the plight of people of Indian Illegally Occupied Jammu and Kashmir (IIOJK).

In a special hearing held at the Parliament House, Committee Chairman Shehryar Khan Afridi led the questioning of George Salama, who heads the Twitter regional office in the United Arab Emirates (UAE).

Salama, who attended the meeting through Zoom, said that Twitter has a specific policy and discourages hate speech and upholds freedom of expression.

He said that Twitter authorities would ensure freedom of speech to all and voices of minorities would never be silenced.

Responding to a question by Shehryar Afridi about the misuse of Twitter regulations by Indian activists as exposed by EU DisinfoLab, Salama said that Twitter management always ensures freedom of speech on social media.

He maintained that Kashmiri activists are free to raise their voice with legitimate accounts. He offered to organise workshops in Pakistan along with Pakistan Telecommunications Authority (PTA) for awareness of Pakistani and Kashmiri social media activists on Twitter regulations.

Shehryar Afridi said that when he was the federal minister for interior two years ago, Indian social media activists impersonating Pakistanis were generating 80 tweets per minute from Indian cities to incite violence in Pakistan over the blasphemy issue.

Shehryar Afridi said Twitter, unfortunately, had double standards as no action was taken against Indian agents posting tweets aimed at inciting hate and violence in Pakistan.He said over 8 million people of IIOJK are being silenced under influence of Indian employees of Twitter.

Responding to Shehryar Afridi, the Twitter representative said that Twitter’s official position would remain equal for all parties of the conflict zone. “We are working closely with PTA to ensure equal opportunities to social media users,” Salama said.

Shehryar Afridi urged the committee members to come forward and show interest to head various advisory boards so as subcommittees could be formed. In this regard, Special Secretary Lodhi briefed that, till date, the Kashmir Committee did not have its rules of procedures.

He also laid before the committee a set of draft rules for approval which could be published.

Barrister Mohammad Ali Saif was nominated as convener of the subcommittee on Advisory Board on Lawfare for Kashmir.

PTA chairman briefed the committee on the suspension of social media accounts under influence of Indian operators since August 5, 2019.

He said that PTA raised the suspension of accounts of Pakistani users under influence of a certain country and Twitter management responded that users are free to accept or deny Twitter rules.

He said the federal cabinet passed social media rules under which social media companies are bound to keep a physical presence in Pakistan. He maintained that once PTA reports any account, Twitter will have to comply within 24 hours.

Dr Farogh Naseem briefed the Committee on the local and international laws on freedom of speech and freedom of information for the 8 million Kashmiris.

“We have already won our case of sovereignty on Jammu and Kashmir in the United Nations and Jammu Kashmir dispute must be resolved according to the international law,” the law minister said.

He added that the Modi regime was unleashing worst human rights violations to keep its illegal occupation of Jammu and Kashmir.

The Pakistan Electronic Media Regulatory Authority (PEMRA) chairman briefed the Committee that private and public television channels have been contributing hugely to raise awareness on the dispute of Jammu and Kashmir.

When asked by Shehryar Afridi whether the private channels were also focusing on developing films and dramas on the plight of caged people of Kashmir, the PEMRA chairman said that this year on February 5 regarding Kashmir Solidarity Day, some channels did not turn their logos back and the authority was going to issue show cause notices to those TV channels.

Shehryar Afridi said that under Corporate Social Responsibility (CSR), private television channels and media houses are bound to project Kashmir dispute and India’s illegal occupation of Jammu and Kashmir and plight of the Kashmiris.

The PEMRA chairman sought time to present a report on telefilms and dramas on Kashmir dispute.

Shehryar Afridi inquired why PEMRA was silent on the content of private channels’ dramas about the sensitive relations, to which the body’s chairman replied that the institution had banned three dramas of private channels but the court had struck down the decision.

He added that all Indian content had been banned by PEMRA.

He said that private TV channels were not developing any content on Kashmir and only content generated by public institutions was being run by private media.

The committee chairman expressed dissatisfaction over the performance of the PEMRA regarding highlighting Kashmir cause at private TV channels.

A Pakistan Television (PTV) representative briefed the committee on the projection of Kashmir dispute on state television.

Kashmir Committee Chairman  Shehryar Khan Afridi directed the PEMRA chairman and the managing director of PTV to present a detailed briefing on the performance of both the state institutions to raise awareness on Kashmir dispute.

Last week, PTA had said that 280 valid handles had been suspended, alleging that “under Indian influence, the social media platform is not only depriving Pakistani users of their fundamental rights but also violating its own community guidelines”.

This was not the first time Pakistan had contacted Twitter over the suspension of users’ accounts. A similar response was sought from the tech giant in September 2019, days after New Delhi stripped Kashmir of its semi-autonomous status.

In November 2020, the federal government had notified the Removal and Blocking of Unlawful Online Content (Procedure, Oversight and Safeguards) Rules, 2020,” which have been framed under the Prevention of Electronic Crimes Act 2016 (PECA) to counter the flow of illegal, blasphemous, obscene or defamatory content on social media.

In a tweet, the federal minister said, “Indian leadership and media is run by jokers accusing me of running an international disinformation campaign against India is absurd.”

“Let me assure you with leadership like Narendra Modi no one needs to plan anything as he himself is enough to destroy India,” he remarked.

The Twitter based response came after Indian media accused American journalist Pieter Friedrich of running a disinformation campaign against Indian government on the directives of the federal minister, Chaudhry Fawad Hussain.