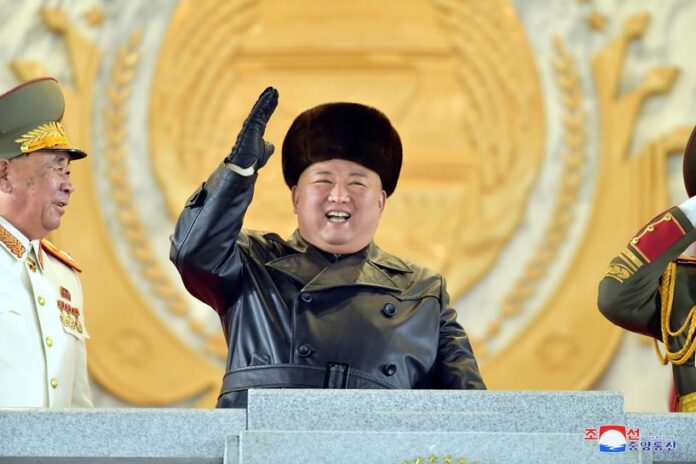 SEOUL: North Korea is imposing stiff fines or prison for anyone caught enjoying South Korean entertainment or copying the way South Koreans speak as leader Kim Jong Un steps up a war on outside influences and calls for better homegrown entertainment.

A sweeping new “anti-reactionary thought” law was imposed late last year, and this week new details were reported by Daily NK, a Seoul-based website that reports from sources inside North Korea.

Measures include fines for parents whose children violate the bans, up to 15 years in a prison camp for those caught with media from South Korea, and punishments for the production or distribution of pornography, the use of unregistered televisions, radios, computers, foreign cellphones or other electronic devices, Daily NK reported on Monday, citing explanatory material for the law, which it had obtained.

Rimjin-gang, a Japan-based magazine that also cultivates sources in North Korea, reported this month that the new law bans speaking or writing in South Korean styles.

In what it said were written remarks by Kim, the leader has criticised the common practice in the South of using terms such as “oppa” (older brother) and “dong-saeng” (younger sister, brother) to refer to non-relatives, the site reported.

Reuters was unable to independently verify the reports.

The new law appeared to increase some penalties while tightening restrictions in the government’s long-running war on outside information, said Sokeel Park, of Liberty in North Korea, which supports defectors.

The emphasis on South Korean material and the intangible elements like accents highlights how worried the government is about the creeping influence of the wealthier, democratic South, he said.

“It all plays into this very longstanding sensitivity to young people especially being led astray and detaching from the glorious socialist revolution by being distracted with this very fancy but corrupt influence,” Park said.

The limited yet expanding access to information, including via border trade with China, has hastened subtle change in a country that only allows state media focused on building the prestige of leader Kim, said Tae Yong-ho, the first North Korean defector to be elected as a South Korean lawmaker.

“In the daytime, the population is shouting ‘long live Kim Jong Un’, but at night they all watch South Korean dramas and movies,” Tae said in an interview at the Reuters Next conference on January 11.

At the same time, Kim vowed at a recent congress of the ruling party to expand wireless networks — which are heavily walled off from the outside — and to upgrade broadcasting to better serve viewers.

“It is needed to readjust the wire broadcasting and TV broadcasting systems, put the relevant technology on a higher level and provide full conditions for the people in all parts of the country from cities to remote mountain villages to enjoy better cultural and emotional life,” Kim said in remarks to the gathering.