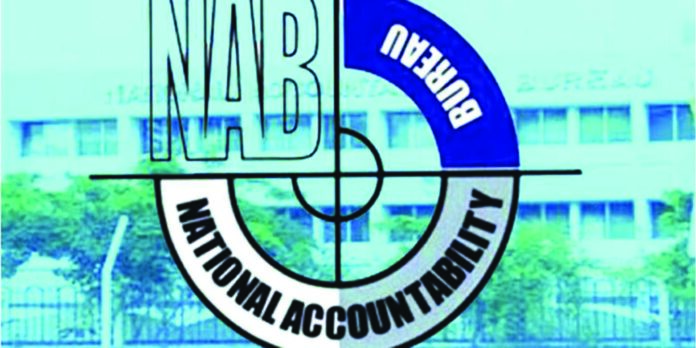 The process of accountability has always been a bit of a mockery in the chequered history of Pakistan. But under the present dispensation it has touched   new lows- from sublime to the ridiculous.

Sensational claims have been made by the CEO of Broadsheet LLC London based firm Kaveh Moussavi. He was hired by dictator Pervez Musharraf in 2003 to probe into the alleged ill-gotten wealth and assets of about 220 people, primarily amongst them former prime minister main Nawaz Sharif.

Prime Minister Imran Khan, in his quixotic pursuit of Sharifs’ ill-gotten wealth, saw in the Broadsheet saga a window of opportunity of getting troves of new information on them. The government has readily paid around 6 billion Rupees to the firm for breach of contract. The fine imposed by the court was $28 million.

Moussavi is relishing his new role as a whistle-blower granting interviews to different Pakistani news outlets, making all kinds of wild and often contradictory allegations. He has claimed that $1 billion (belonging to Nawaz Sharif) had been transferred from Saudi Arabia to an unknown account in Singapore and that he could trace it provided he got his 20 per cent cut. He also alleges that a Pakistani general met Moussavi offering him a new contract on behalf of the government of Pakistan provided he gets his cut.

Barrister Shehzad Akbar, the accountability czar of the government whose favourite hobby horse is to relentlessly pursue the Sharifs is also quite reliant on Broadsheet for that smoking gun. So, how could he miss out on meeting Moussavi and thus inviting the wrath of the PML-N. Resultantly, Akbar has already sued a PML-N spokesperson for making allegations that he had received kickbacks from Broadsheet.

Double standards about accountability are further amplified by the PTI government’s shifting stance on the foreign funding case before the ECP (Election Commission of Pakistan). After dilly dallying for two years the ruling party has taken a novel stance that since foreign funds were collected through agents, the party could not be held responsible.

Once tales of those erring politicians adequately twisted by the NRO (National Reconciliation Ordinance) was readily promulgated, the King’s Party was successfully launched and parliamentary elections held in 2002 under the Musharraf regime. This is how the PML-Q (Pakistan Muslim League Quaid e Azam Group) was able to form a government.

Interestingly, the politicians whose names were sent to Broadsheet reads like the who’s who of the politicians of the early 2000s. But conspicuously absent were the Chaudharys of Gujrat. And many names in the list joined the Kings Party soon, to enjoy the fruits of power and also to save their skin.

The opposition parties rightfully criticise the relentless use of NAB by the present government for victimization of its opponents. But they have no answer to the legitimate question of not reforming or scrapping the accountability watchdog altogether when in power.

The answer is quite obvious. Sharif, in fact, in his second term, was the architect of the much discredited Ethsab Bureau formed under the tutelage of his crony Saif ur Rehman.

Most of the dirt dug up on Benazir and Zardari was done by Saif ur Rehman. Admittedly, both Zardari and after him Sharif, in their last terms used NAB sparingly to victimise their opponents.

The Public Accounts Committee(PAC) has also taken note of the Broadsheet affair and has directed the auditor general of Pakistan as well as NAB for complete investigation in the matter. The meeting that was held on Thursday was marred by its members protesting on the remarks made in a federal cabinet meeting on alleged corruption of the PAC as well as Department of Auditor general of Pakistan.

It is strange that a government headed by a person who claims transparency and going after the corrupt as its main plank is so sensitive about its own accountability. According to Sherry Rehman the current PAC has recovered over Rs 4.4 billion so far. “The amount is more than what has been recovered by NAB”, she contended.

Khan has blamed his party legislators for being unable to defend the government against the opposition, painting its departments as corrupt and incompetent. The prime minister is miffed that the PAC is headed by a PM nominated MNA, while the AGP was appointed by the previous government as well.

He reckons that the audit department ignored the irregularities of those institutions that “pleased” the compromised auditors, and audit paras were against those who did not. Ironically, the tussle began when a PTI member, Raja Riaz, insisted that special assistant on petroleum Nadeem Babar be summoned to investigate LPG (liquified petroleum Gas) issue.

Double standards about accountability are further amplified by the PTI government’s shifting stance on the foreign funding case before the ECP (Election Commission of Pakistan). After dilly dallying for two years the ruling party has taken a novel stance that since foreign funds were collected through agents, the party could not be held responsible.

It had refused to share its accounts with the scrutiny committee of the ECP. But now, on the orders of the the State Bank of Pakistan (SBP), it was forced to do so.

It is indeed ironical that a government that has never tired of emphasising transparency in the affairs of the state seems is found wanting on standards it has set for others. The least that was expected was that the ruling party would at least put an end to corruption within its own ranks by now, if not the country that it is running.

It is no surprise that despite all the hullabaloo about eliminating corruption, Pakistan’ s ranking in Transparency International’s latest corruption index for the year 2019 dropped three points from 117 to 120.

Kaveh Moussavi’s not so infrequent revelations have further made a joke of the flawed accountability process. The prime minister should answer some of the specific allegations made by him. Furthermore, has he been rehired for the same purpose? And exactly what has been paid to him and under what heads should also be disclosed as well?

Charity begins at home. High time full disclosure is made in this matter.

In monarchies or dictatorships, the state generally employs a large portion of the employable population and periodically gives them different incentives. For example, in...
Read more
Comment

The seed of democracy is elections. If they are fair, the outcome will be progress and prosperity but if they are tampered then the...
Read more
Comment

“Nobody is safe until everyone is safe” has become a mantra that reminds us of the importance of equitable access to vaccines. It is estimated...
Read more
Letters

The second wave of Covid-19 is more dangerous and causes more deaths than the first one. It is killing more people and creating several...
Read more
- Advertisment -

February 27, 2021
The seed of democracy is elections. If they are fair, the outcome will be progress and prosperity but if they are tampered then the...