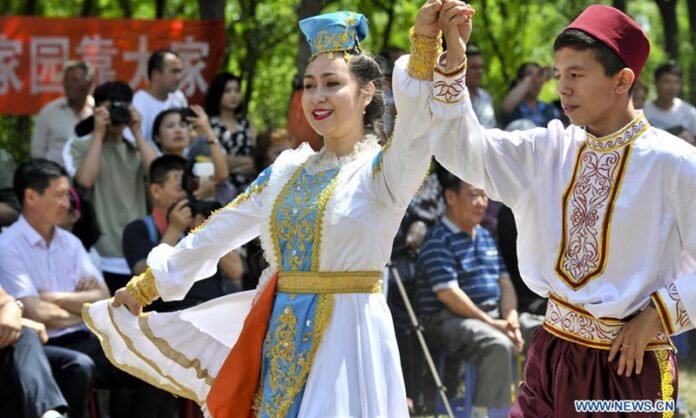 BEIJING: The UN Human Rights Council’s vote against a US-led draft decision on Northwest China’s Xinjiang Uygur Autonomous Region showed that the international community would not be easily misled despite pressure from the US and some other Western countries, said a Chinese Foreign Ministry spokesperson in a statement.

The international community is clearly aware that the ultimate motive of the US and some other Western countries behind their Xinjiang narrative is to contain China and does not like this pattern of using human rights as a pretext to meddle in other countries’ internal affairs, said the spokesperson.

The remarks came after the 51st session of the Human Rights Council on Thursday voted down a draft decision on Xinjiang region, which was pushed by the US and some other Western allies.

Despite pressure from the US and its allies, the draft decision ended up unsupported by the majority of the Human Rights Council membership, especially many members from the developing world. The agenda has again failed to gain international support, said the spokesperson.

“For some time now, the US and some other Western countries have been misinforming the public about Xinjiang region and seeking political manipulation in the name of human rights simply to smear China’s image and contain China’s development,” said the spokesperson.

The spokesperson stressed that these countries have ignored facts and truths about Xinjiang region, noting that in recent years, nearly 100 countries, including many Islamic countries, have spoken out openly in support of China’s just position on issues related to Xinjiang and have expressed opposition toward using these issues to interfere in China’s internal affairs.

The issues that the Human Rights Council truly needs to focus on are the serious human rights violations concerning the US, the UK and some Western forces, including systemic racism and racial discrimination, the rights of refugees and migrants and rampant gun violence, said the spokesperson.

China urged the US and other Western forces to abandon political manipulation, disinformation and suppression, return to the track of dialogue and cooperation, and make real contributions to the global advancement of human rights.