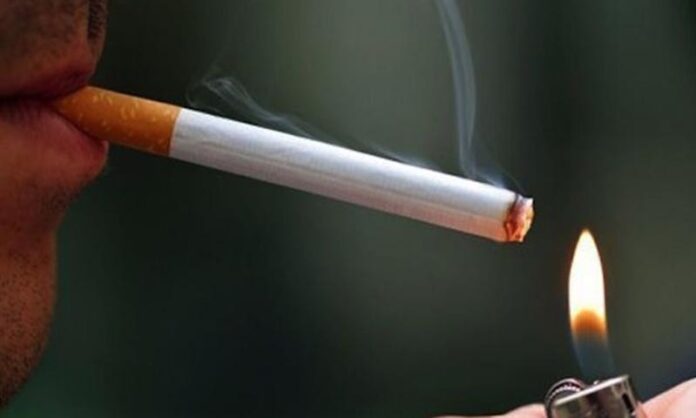 Media can play a strong role to counter the deceptive campaigns of tobacco industry to promote harmful emerging tobacco products in Pakistani youth, health activists said during a consultation organized by Society for the Protection of the Rights of the Child (SPARC).

The health activists and the senior journalists explored the need to ban emerging products such as nicotine pouches, e-cigarettes and heated tobacco devices, as they are becoming increasingly popular among Pakistani youth due to elaborate advertisement and promotional campaigns, said in a press release issued here on Sunday.
Dr. Ziauddin Islam, former technical head/Director, Tobacco Control Cell, Ministry of NHSR&C mentioned that the number of smokers in Pakistan has reached up to 29 million adding tobacco consumption is causing serious health implications on Pakistanis and yearly, 170,000 people die due to tobacco consumption.
Pakistan became a party to the WHO Framework Convention on Tobacco Control (FCTC) on February 27, 2005. Our country was already struggling to counter threats posted by cigarettes but now the tobacco industry has launched these emerging products to gain more profit at expense of public health.
Dr. Zia mentioned that in Pakistan there’s no federal or provincial legislation regarding emerging products. Prohibition of Smoking and Protection of Non-Smokers Ordinance 2002 provides key guidelines regarding advertisement, promotion and sale of tobacco products to children. Such measures are required for emerging products as well to take them out of reach of children and youth.
Malik Imran Ahmed, Country head, Campaign for Tobacco Free Kids, utilizing the gap in policy making, tobacco industry has launched deceptive campaigns and profited from them.
He added that emerging products have been directly targeted at youth using icons such as famous musicians, actors and models for paid social media content. The industry has even launched a music show. Furthermore, despite the claims, emerging products are being sold nearby educational institutions, playgrounds and restaurants to attract young customers.
Imran mentioned that media’s extensive and unbiased coverage is the reason for increase in prices of cigarettes after 3 years. Media needs to play its role in exposing tobacco industry’s tactics regarding emerging products as well, he said.
Khalil Ahmed Dogar, Program Manager, SPARC, said that Pakistan is lucky to have a majority population of youths; 61 million of youngsters are an asset for our country. Nicotine addiction serves as a gateway to many other forms of substance abuse and may cause serious health and mental health issues among youth. Such dangerous products should have no room in a country like Pakistan.
Khalil mentioned that due to cheap and easy affordability nearly 1200 children begin smoking every day in Pakistan. We can’t afford any more getting addicted to emerging products.
He highlighted media’s role in improvement in all child rights indicators in Pakistan and requested media to take this issue as a child rights issue.
He urged editors and senior journalists to conduct investigative studies on deceptive advertisement, sales and promotional tactics of tobacco industry to spread emerging products in Pakistan.
Shariq Mahmood Khan, CEO, Chromatic Trust, shared that tobacco companies are investing huge money in online campaigns on almost all social media platforms. The algorithms of advertisements are designed in such deceptive manner that the ads appear even on those articles which are written to discourage people from tobacco. Shariq urged the media websites to take down these advertisements and raise awareness on harms of nicotine, second hand smoking, and adverse impacts of tobacco products on public economy and environment.
He mentioned that media is the strongest tool of social change and should support civil society campaigns to discourage the sales, promotion and advertisement of the emerging products to safe precious lives.